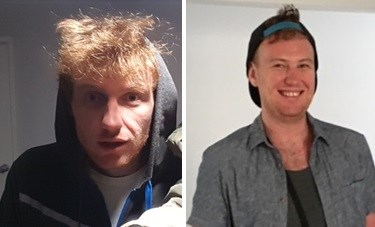 Detectives from the Missing Persons Squad are appealing for public assistance as part of their investigation into the disappearance of Safety Beach man Jacob Horton in June last year.

Jacob was last seen leaving a residential premises in Drum Close, Frankston on the morning of Thursday, 27 June 2019.

At the time of the 28-year-old’s disappearance he was not in possession of a mobile phone or motor vehicle.

Detectives believe that on the morning Jacob vanished, he was attempting to source transport to travel back towards the Rosebud area.

Jacob was well known in the Rosebud area and often travelled to Frankston to visit associates.

Last year police made a number of public appeals in relation to his disappearance, which is now being treated as suspicious.

Investigators are of the belief that Jacob has met with foul play.

Detectives have today released a new image of Jacob which was taken on the morning of his disappearance. He is described as about 170cm tall with a thin build, red hair and brown eyes.

Police are keen to speak to anyone with information about Jacob’s movements on the morning of his disappearance, or anyone with knowledge of his current whereabouts.

Investigators would also like to thank those people who have provided information to date and urge anyone to hasn’t yet come forward to contact Crime Stoppers on 1800 333 000 or submit a confidential report at www.crimestoppersvic.com.au.