An Anzac Day to remember 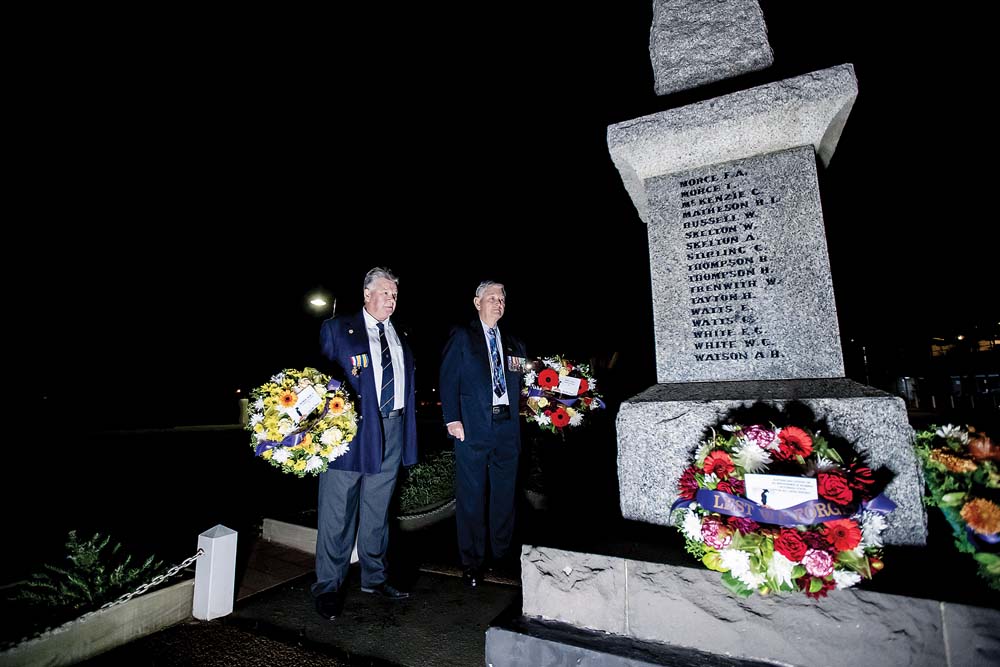 SORRENTO-Portsea RSL president John Prentice knew it would be an Anzac Day like no other.

In line with other RSLs around the country, the sub-branch had to cancel its traditional commemorations, such as the dawn service, Gunfire breakfast, street march, midday service, afternoon barbecue and live music.

“Regulations required our sub-branch to be closed on this important day. Sad, but there it is,” Mr Prentice said.

“Normally we would have 400 for the breakfast, the march and the guest speakers, the laying of the wreaths and the flag-raising.”

But not this year. At 5.45am, Saturday 25 April, Mr Prentice and past-president Michael Jeffreson conducted a brief, two man wreath-laying ceremony at the cenotaph on the Sorrento foreshore.

“It was a bit strange,” Mr Prentice said. “The two of us went down there to lay the wreath and do the flag raising. A bugler stood near the toilet block playing The Last Post. We held a minute’s silence; I said the Ode and we raised the flag during Reveille.”

The Ode, from the traditional Anzac Day poem: For the fallen, contains the immortal words:

“They shall grow not old, as we that are left grow old;

Age shall not weary them, nor the years condemn.

At the going down of the sun and in the morning

We will remember them.”

Minimal though the tributes were, it is certain those being honoured would have respected the sentiment behind them. Lest we forget.