The street library is open 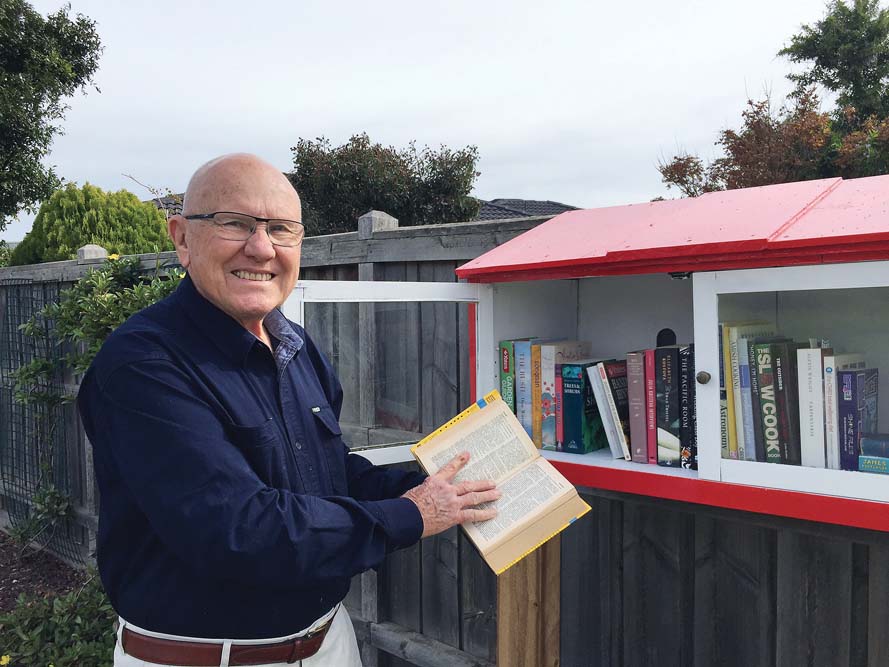 IAN Higgins has borrowed an idea in an effort to liven up social isolation.

He’s built a small street library outside his house in Mornington from which neighbours can borrow a book and either read and return it or, perhaps, swap it for a book of their own for others to read.

Street libraries or small book exchanges are not new, but they make sense right now as public libraries are closed and residents stay close to home.

“I saw something written about them and thought, ‘that sounds like a good idea’,” Mr Higgins said from his house in Strachans Road.

“I got out and started putting it together with a glass front and timber sides and painted it pillar box red. It holds 20 to 30 books.”

An inscription on the front says: “Street library: Books to share, take and give”.

Mr Higgins said he thought about establishing the book exchange in November and found his neighbours supportive. “They all said they would put some books in,” he said.

“Farrell’s bookshop [in Main Street] has contributed and I’ve put a few books in, including some Dr Zeus.

“I put one book out the other night and it was gone by morning.”

The former Uniting Church minister, now in his 80s, says age is no barrier to creative ideas.

“You don’t have to feel excluded whatever age you are,” he said. “I’ve written a book and I enjoy cooking and gardening.”