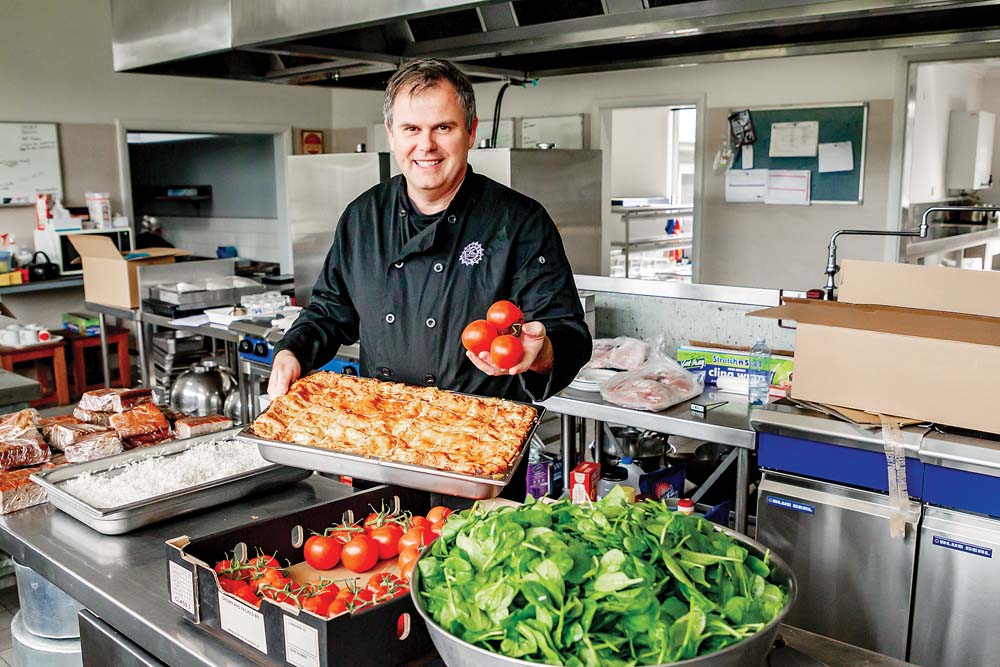 A CHANGE in focus is allowing tasty and nutritious meals to be prepared for struggling families on the Mornington Peninsula through the COVID-19 shutdown.

This has come about by having kitchen staff at the Somers Residential School Camp cook 350 meals a week for needy families in the district, rather than children who are usually staying at the now-closed camp.

The meals are delivered to nominated schools and picked up by parents doing it tough for their evening meals.

“It’s a win-win situation for us all,” said Mr Warner, who runs nine-day camps for primary students year round.

Mr Warner said the meals, cooked by chef Lars Pedersen and his staff, typically consist of butter chicken, lasagne, roasts, cannelloni, or risotto, and cost about $2000 each week to prepare. Woolworths Hastings had been “super helpful” in providing produce valued at $1000-$1200 a week.

Parents collect food packs containing two to six servings from their schools and take them home to reheat and serve. The schools decide who the meals go to.

Mr Warner said planning was in place to carry on the meals service through second term but “we’ll go for as long as we are in shut down”.

“We are now looking at increasing the number of meals were prepare to 400.”

Mornington Peninsula Foundation CEO Stephanie Exton said: “Rapidly changing times are bringing out the best in so many people in our community.”