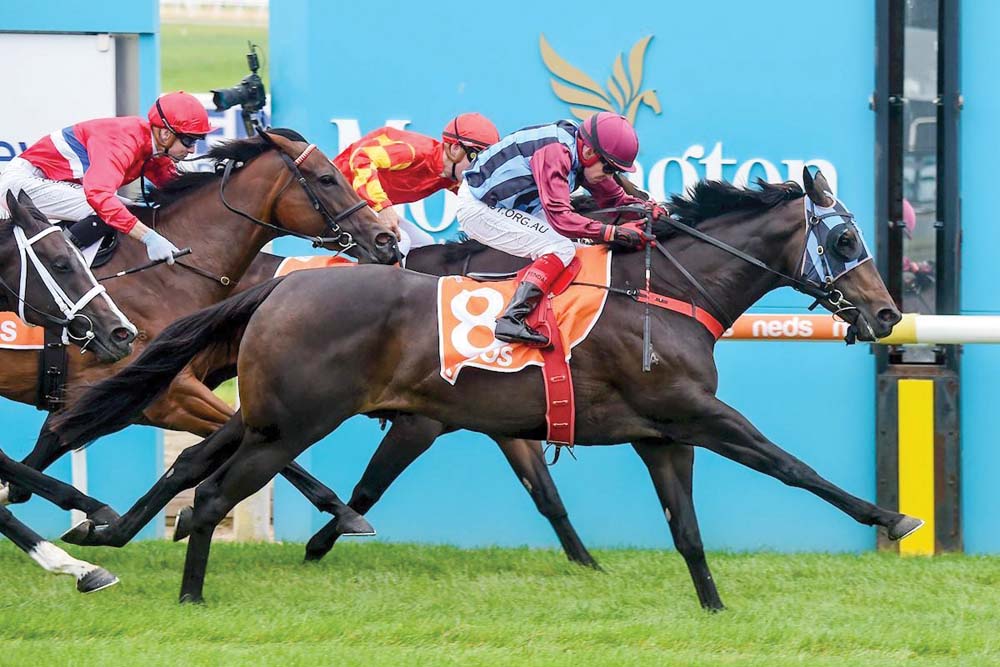 THE Amy and Ash Yargi racing stable have continued their successful run of late by scoring another dominant victory at Flemington on Saturday 16 May.

Coming off a freshen up, their in-form mare Jamaican Hurry came from the rear of the field to notch up her third straight victory in the opening race of the day.

Ridden patiently by jockey Michael Dee, Jamaican Hurry settled second last in the running before building momentum and flashing late in the race to run over the top of the James Cummings-trained Gododdin and the Lindsay Park-trained Lankan Star.

“We’re so excited,” Yargi said post-race. “She’s just been such a work in progress. She’s always shown us that she has a tonne of ability, but horses can make you look silly sometimes.

“We gave her a big long break and I’m just so glad that Paul (owner) has persevered with her and I’m glad that now that she has matured, she’s just doing everything right.

“We half-wanted to send her over to Adelaide for a bit of black-type, but because she’s a bit highly strung it just didn’t work out. Credit to Ash though, he had this plan after her win at Mornington and he absolutely nailed it as it turned out.

“We’ll just see how she comes through this, but we’d love to get some black-type with her.”

Jamaican Hurry’s success also continued the strong combination of jockey Michael Dee and the Yargi stable, as Dee brought up his second win for the stable from his past three rides.

Dee had already ridden the seven-year-old gelding, Sickening, to victory earlier in the week at Pakenham and finished a desperately unlucky fifth aboard Comte for his only unplaced effort.

In similar fashion to Jamaican Hurry, Sickening settled at the rear of the field before reeling in his rivals in the straight to score a comfortable one length victory in benchmark 64 grade.

Co-trainer Ash Yargi said it was a really good result for a horse that can also be quite tricky to train.

“He’s got a lot of quirks, he’s got barrier issues that we have overcome and our team back at home have done a really good job,” Yargi said.