Curtain drops, but reel revival in the wings 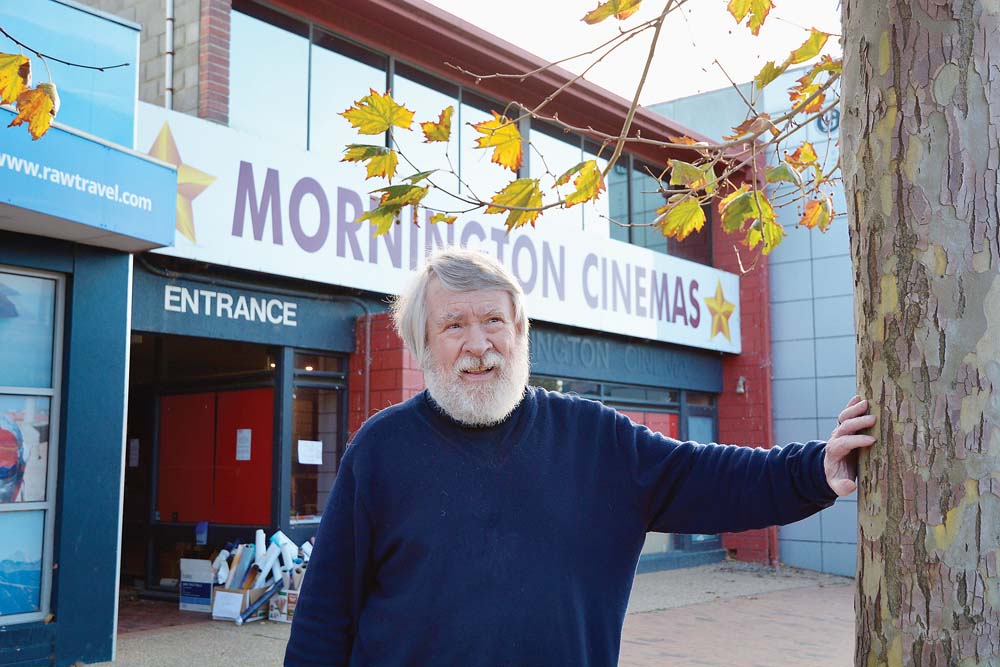 MORNINGTON’S Mr Movies has drawn the curtains for the last time on his three screens in Main Street.

Mornington Cinemas has closed after 39 years.

However, it’s more intermission than the end for Ian McCann, who plans to reopen in a smaller, more intimate way just around the corner.

The new venue will sit alongside a restaurant, wine bar and cinema.

“It will be like going back to the beginning for me,” McCann said last Thursday as he stood amid boxes of movie posters in the cinemas’ foyer off main Street.

Other boxes placed just outside the entrance were being sifted through and souvenired by passersby.

Upstairs, the film projector was still in place, although probably headed for the tip, while its digital replacement awaited removal to the new venue. Inside the semi-lit cinemas themselves, rows of seats lay upturned after being unscrewed from their floor brackets. Attendances had been dropping over the past five to 10 years and McCann said his decision to finally move came about while lying in a hospital bed about six weeks previously.

“It was getting harder and I’m getting older, but I don’t want to stop,” he said.

“The theatre was really starting to quieten down. I’m not crying poor me, it’s a reality of life.”

Not wanting to leave the industry altogether, he decided a smaller venue – like when Mornington Cinemas began all those years ago with his father, Keith – was the right move. Small could be better, especially if his cinema runs as an adjunct to an existing restaurant and wine bar.

“People can come to see a movie and, under the same roof, have a coffee or glass of wine afterwards,” he said. “Or they can have a meal first, then go to the cinema. Or just choose to go to the restaurant or have a drink.

“It will be a single screen and a single show, hopefully making it fun once again.”

McCann hopes the move to the building occupied by the Counting House Bar and Grill will be made by Christmas.

“This is the perfect time if I’m going to do something,” McCann said.

A sense of timing has loomed large in the running of Mornington Cinemas.

The McCanns took over the then single screen cinema in 1981, with Ian staying on in the programming department of Channel 10 to help bring in income while his father and mother ran the movie house.

He left the Ten four months later and credits the cinema with providing his father with a new lease of life (“dad was dying because he had nothing to do”).

The cinemas grew in popularity and size, eventually run by Ian McCann and his wife, Tessa.

Late in 1989, patronage “was going down fast” when McCann saw a picture of ballroom dancers in Encore magazine. It took him months (including a tap-on-the-shoulder approach to director Baz Luhrmann) and a hunch that the time was right, before he managed to get the rights to screen Strictly Ballroom. The film ran at Mornington for 42 weeks and saved the cinemas.

McCann has seen too many movies to count, but there is one short that has more meaning, for him, than any blockbuster.

For the Love of Cinema, made by Riley Sugars in 2017, is a tribute to “the dying form of cinema” that follows the uncertainty faced by the elderly owner of a threatened cinema whose life is torn apart after the death of his wife.

The multi award winning film was shot inside Mornington Cinemas and although McCann is not the star, he does make a cameo appearance (“my Alfred Hitchcock moment”).

“I was very glad to do that film,” McCann said. “It’s turned into truth now that I’m closing down; art imitates life.

“I’ve always thought there was something missing if a town didn’t have a cinema,” he said.

And for now, that is what Mornington has become. But if Ian McCann has his way, it’s a situation that won’t last any longer than a coronavirus lockdown.