Sound and light to give animals a fright 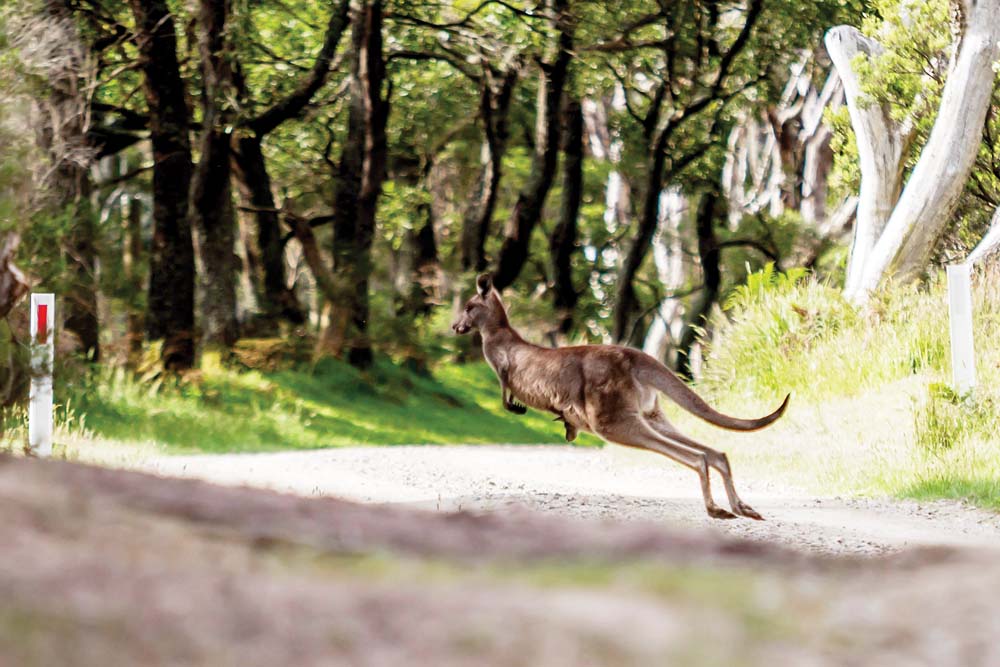 Virtual fencing consists of devices mounted on posts being activated by approaching car headlights. The devices emit sounds and light which alert animals to approaching danger.

Animals near or about to cross roads are repelled by the sound and blue and yellow strobe-type LED lights causing them to run away as vehicles approach.

The devices placed at 25-metre intervals on both sides of the road run on solar powered batteries.

The aim of the project is to protect wildlife and enhance the safety of drivers – many forced to pay hefty repair bills after collisions with kangaroos.

Virginia Carter, representing the Greens Bush Association, is working on the project with Mornington Peninsula Shire’s natural systems and roads and safety teams. She will be applying for funding when the Landcare grants come out at the end of this month as well as a Transport Accident Commission grant when COVID-19 restrictions ease.

“The funding I seek, if successful, will cover the costs of the fencing, with the council being asked to pay the costs of installation and maintenance.”

“Every year many thousands of accidents involving wildlife and vehicles result in wildlife deaths and injuries, as well as injuries and loss of life to people, and damage to vehicles and property,” she said.

Wildlife Victoria acknowledges that the proposed trial areas have “high incident rates” while admitting its records probably underestimate the number of collisions as not all are reported.

Ms Carter said the CSIRO’s latest testing had shown a 50 per cent reduction in wildlife/vehicle collisions where virtual fencing has been installed.

Mornington Peninsula Landcare Network is backing the application for funding for virtual fencing in the Main Ridge area.

The networks’ president David Maddocks described it as a “vital addition to further ensure safe passage of wildlife throughout the biolink and overarching landscape”.

“Any funding or operational support obtained for the virtual fencing proposal of the Main Ridge area would greatly assist the Greens Bush to Arthurs Seat biolink project to achieve its intended outcome,” he said.

First published in the Southern Peninsula News – 26 May 2020