Dog attack may have court sequel 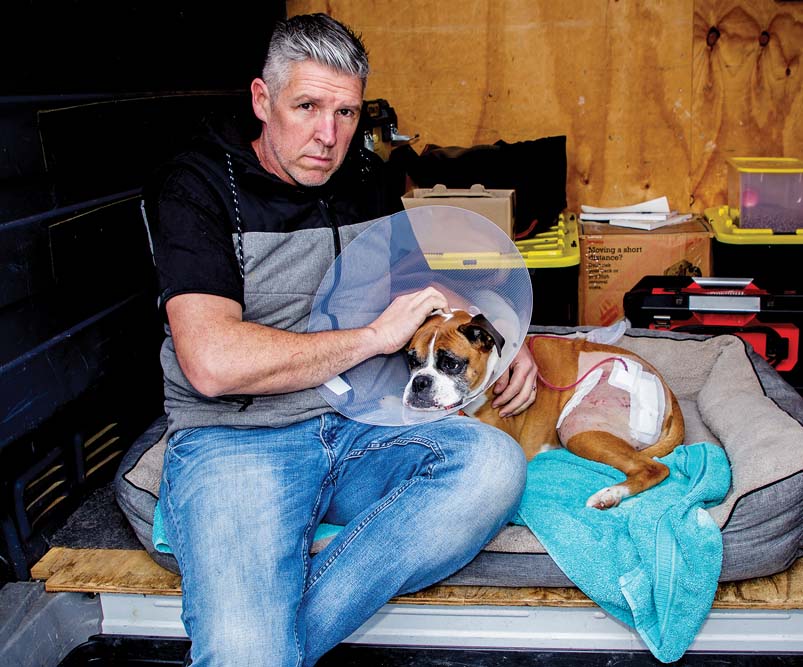 A MORNINGTON Peninsula Shire Council investigations officer is compiling evidence to present to the police over a savage dog attack at Rye last week.

Environment protection manager John Rankine said police could decide to issue a summons to the owner of the attacking dog and “determine which charges will be put to them”.

“A decision regarding the future of the attacking dog will be made once the outcome of the prosecution is known,” Mr Rankine said.

The move follows the savage attack on a boxer by what was described as an “American staffie” near the Rye pier, 10am, Sunday 31 May.

The attack left the nine-year-old bitch with severe leg wounds, her owner traumatised and needing tetanus shots for bites to her hand. The offending dog’s owner also received lacerations to his hands and a vet’s bill nearing $3000.

Mr Rankine said the shire’s community safety team had “been in contact with the victim dog’s owners on several occasions to update them on how the investigation is progressing”.

“We have received witness statements, as well as medical reports, relating to the injuries sustained by the boxer,” he said.

Owners Matt Hollard and wife Yvette Nicole Williams described how one of two staffies “broke free and bolted full steam at me and our dog, locking onto the upper part of her back leg”.

“With horrified cries from our beautiful Chanel, the other owner let go of the [second] dog and threw himself onto the [attacking] dog in an attempt to release [its jaws],” Mr Hollard said.

“My wife had to retreat after being bitten and going into complete shock as well as a full-on panic attack. Other walkers ran to her aid while continuing to watch [our] little girl being mauled with none of us able to release our poor puppy from this dog’s locked jaw.”

The next day (Monday), Ms Williams was said to be “recovered but completely traumatised by the incident”.

Chanel was at that stage recovering at a Mornington veterinary hospital on a drip after surgery on Sunday night with extensive damage to her leg and back, muscles torn off bone and skin, along with multiple puncture wounds and serious internal damage.

Mr Hollard was grateful to the help from strangers and “to the beautiful lady (Anne) who helped calm my wife, and others who got water and gave us advice while I was attending to our puppy and unable to help my wife”.

He urged “all dog lovers and owners be aware of your surroundings, be responsible for your dog and we hope you never have to face what we did today”.