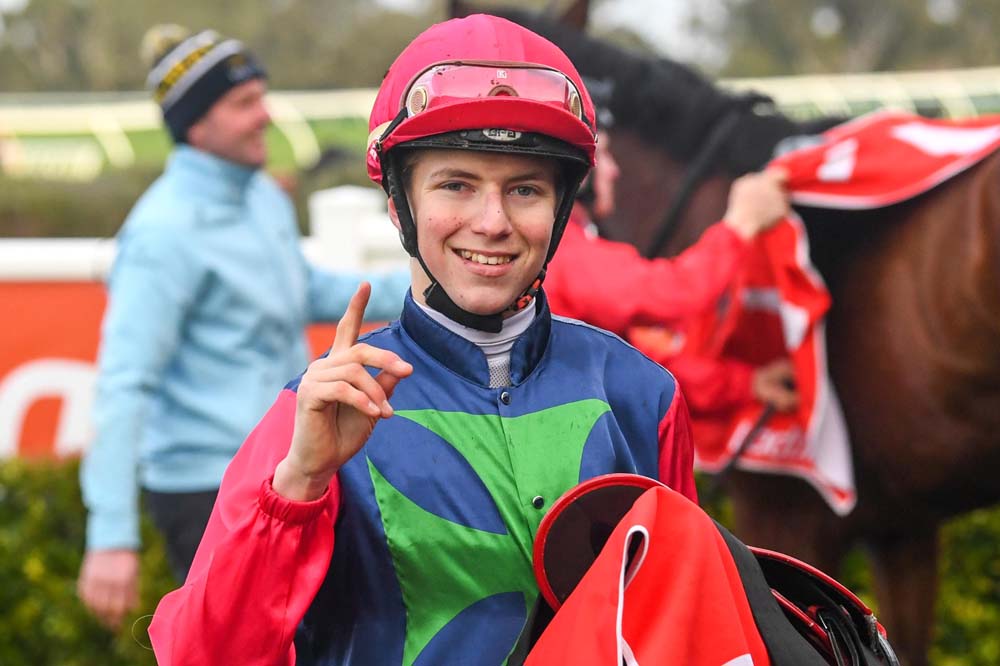 Rawiller partnered the Matthew Williams-trained Brilliant Concept to take out the seventh race on the card and made it back-to-back victories for the combination.

Having scored a dominant benchmark 64 victory at Ballarat at their prior start, Rawiller took the four-year-old gelding to the rear of the field before slowly creeping forward in the run. By the top of the straight Rawiller had Brilliant Concept within two lengths of the leader and pounced in the straight to land a half-of-a-length victory in the benchmark 70 contest.

Rawiller said it was a big achievement to land his maiden metro win after riding close to 600 horses so far in his career.

“It felt like a big milestone for me, and something I had really been working hard towards,” Rawiller said.

“It’s a great feeling to have ticked off that box, and I was lucky enough to get the right horse to come along to pull it off.

“I have built up a good relationship with the horse and it’s nice to be given the opportunity by the owners and trainer to be able to get the win for them.”

Rawiller backed up his success at Sandown with a winning double at Casterton on Saturday for his boss Logan McGill.

Rawiller piloted the speedy mare, Can Star, to a dominant three length victory in the fifth race before breaking a long run of placings with the consistent Rockin’ Sonny to score a narrow win in the sixth.

The inform apprentice said the winning double made the five-hour drive from Mornington well worth the trip.

“It was great to get the double for the boss,” he said. “Things are really starting to come together now and it’s a credit to the great mentors that I’ve got around me to get me here.”

The victory aboard Rockin’ Sonny brought up Rawiller’s 60th winner since kicking off his career in September last year.