Official ‘no’ to stopping crab ‘plunder’ 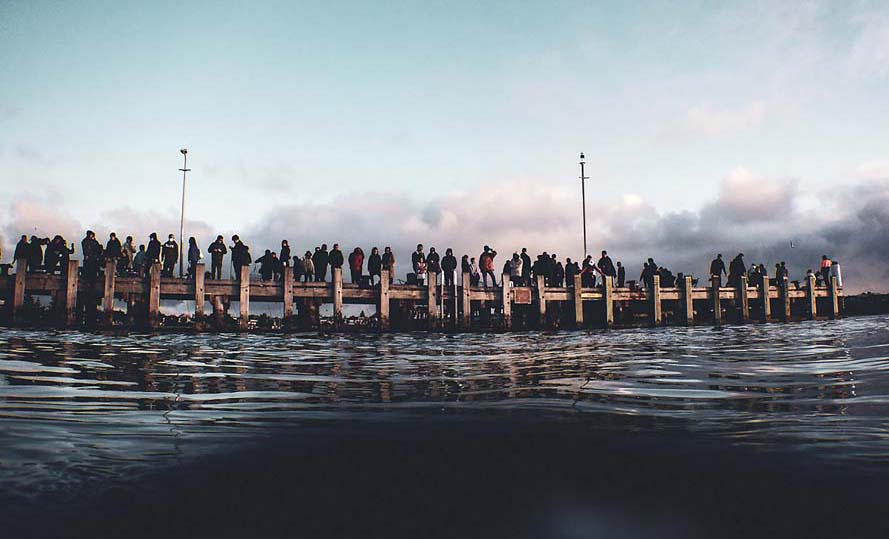 FISHERIES Victoria has no plans to ban catching spider crabs despite Rye pier having to be closed on the Sunday night 7 June because so many fishers were targeting the crabs and ignoring social distancing rules.

Environmentalists acknowledge bag limits of 30 crabs a person are legal, but say “esky loads” are being stored in cars with the same fisher returning to catch a “new” bag limit.

They fear widespread “plundering” of the moulting crabs in their most vulnerable state could lead to species decline.

Mr D’Silva was cool on the idea of banning catching crabs during their moulting period from March to July.

“There are millions in the bay and they are being fished in concentrated areas only at certain times of the year. There is no commercial fishing … and they are in no danger of decline.”

Footage from Wednesday 10 June showed the remains of up to 80 chicken carcasses used as bait in crab nets littering the sea floor beneath Rye pier.

The EPA and Parks Victoria are investigating the litter which has the potential to attract sharks into the shallow water used daily by swimmers, snorkelers, free divers and scuba divers, making it an issue of public safety and marine environment concern.

“Many of the fishers seem to have a production line going around the clock with no regard for the need of the animals to complete their moulting process,” owner of Extreme Watersports at Capel Sound Steve Dale said.

“There’s a huge fan following of the spider crabs and their natural predators, like the rays that come to feed on them. But now there’s also an emerging practice among the fishers harvesting these crabs to make sure they’re all taken, even tiny ones that haven’t had any chance to moult.

“It’s like watching the supermarket shelves being panic stripped of toilet paper all over again.”

Environment activist Mechelle Cheers said: “The ethics of the plundering while the crabs are most vulnerable is not being considered. They aggregate in large numbers to protect themselves but nothing is protected from hedonistic humans.”

PT Hirschfield, founder of the 2500-member Spider Crabs Melbourne said the crabs that grouped together for safety “have, ironically, become easy targets for fishing”.

“There’s no sportsmanship to it. It’s like shooting fish in a barrel,” she said.

“We’re not saying a fisher should never take a crab outside of moulting season, but to target them so extensively in ways that practically wipe out full aggregations and using practices that put water users at risk is irresponsible and unethical.”