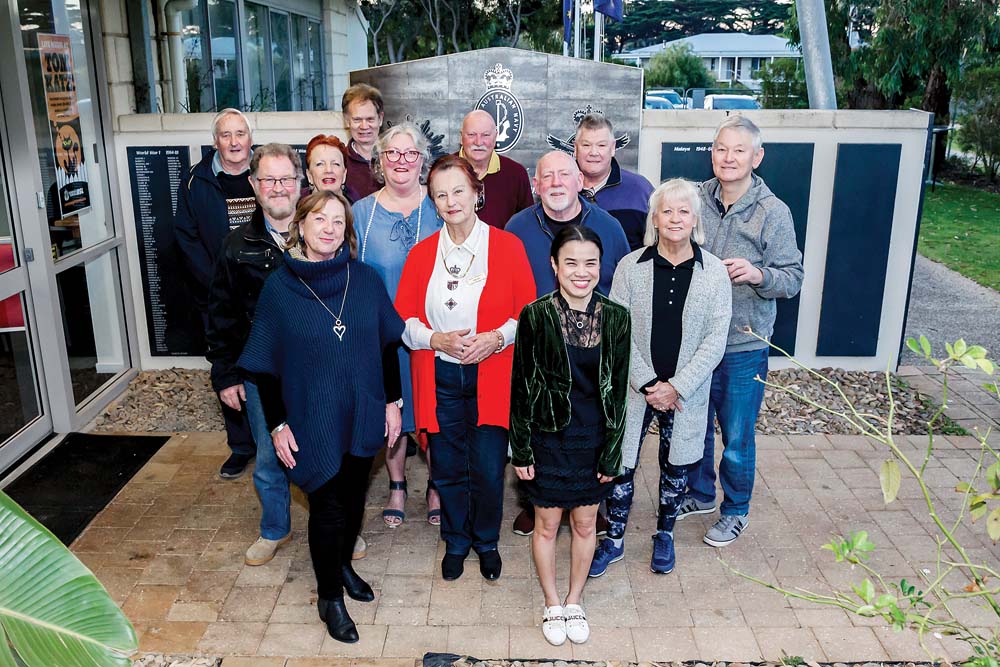 Fire front: The Sorrento Portsea RSL committee, above, which organised a campaign which raised the $28,500 that was donated to six East Gippsland CFA brigades involved in fighting this year’s devastating bushfires. Right, a “strategic burn” at Bruthen and, below, blackened trees the next day. Pictures: Yanni (main) and supplied
Share
Facebook Twitter LinkedIn Pinterest Email

SORRENTO Portsea RSL sub-branch’s bushfire dinner and auction in February raised $28,500 as the final event in a fundraising campaign beginning when the fires started in early January.

But rather than donate the money to one of the many larger funds operating at the time, Sorrento Portsea RSL president John Prentice said the committee decided on a different tack. “We wanted to select a community cause that was badly affected by the fires and where a financial contribution would make a real difference,” he said.

“These smaller groups do not have the ability to raise the extra funds they require due to their isolation and small communities,” Mr Prentice said. “Many are made up of farming families directly affected by the fires that went through East Gippsland.”

The club’s generosity has already been acknowledged: Bruthen Fire Brigade Captain J A Nicholas wrote back last week to thank the Sorrento Portsea RSL for its donation. “Just after the fires we had a group of veterans turn up at Bruthen to provide on-ground assistance in and around town,” he said.

“Of particular note was the fact that we had members of many peninsula CFA brigades fighting fires by our side on the night we lost 68 houses. I have no doubt many of the fire fighters frequent your RSL.

“This group, and your very generous donation, will assist us in keeping our community safe.”

Mr Nicholas said this coming fire season was “shaping to be as complex as the last if we don’t get rain”.

Mr Prentice praised the work of Sorrento Portsea RSL’s committee and volunteers, auctioneer Russell McCraw, Sorrento CFA for its contribution of $3000 from a tin rattle, the Tom Katz live music crew who contributed the proceeds of the RSL’s Sunday shows in January and February, and the Australia Day barbecue team.

“We received donations large and small which contributed significantly to the final result,” he said. “A total of $28,500 from a small club like ours is an incredible result.”