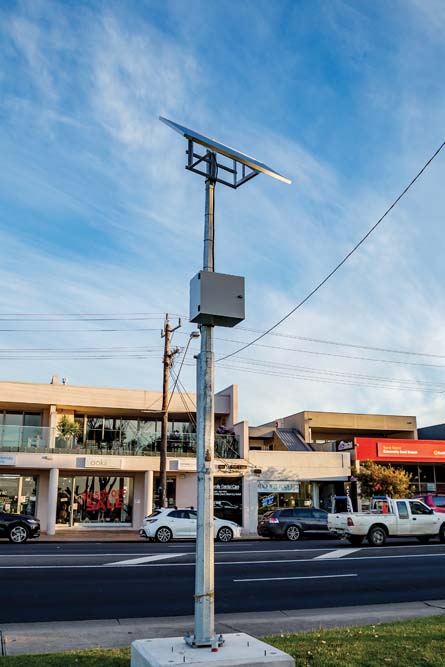 DESPITE their admitted lack of the required scientific expertise, Mornington Peninsula Shire officers have been ordered to investigate alleged health issues surrounding the 5G telecommunications network.

The councillors’ decision to investigate what is essentially a federal government responsibility was made in response to 700-signature petition expressing concerns that the introduction of the 5G technology could endanger health.

Fears of health risks from 5G have sparked street protests in Australia, including Melbourne, where marches have often been combined with those opposing vaccines.

The petition was received in January and at that stage councillors instructed officers to arrange a meeting in February between councillors and the petition’s organisers.

However, the meeting did not happen, councillors were not updated and then came the state of emergency caused by the COVID-19 pandemic.

Meanwhile, 5G already exists in some parts of the peninsula and the federal government has launched a $9 million campaign to “build public confidence in the safety of telecommunications networks – including new 5G mobile networks – and to address misinformation about electromagnetic energy (EME) emissions which has caused concern in some parts of the community”.

“The safety standards for 5G networks are consistent with those applicable to early generations of mobile technology – even though 5G networks typically use radio signals which are lower power and over more tightly targeted areas than earlier generation networks,” Health Minister Flinders MP Greg Hunt stated in a news release at the time.

Money would be provided to the Australian Radiation Protection and Nuclear Safety Agency (ARPANSA) “for continued research on radio frequency safety”.

While members of the shire’s “communities team … can certainly be involved in any discussions and advocacy” to other levels of government “we do not hold the expertise to determine health impacts of 5G”, Mr Gardner said.

Cr Hugh Fraser told The News that he had met people who were “genuinely sensitive to this [electromagnetic] radiation”.

“I don’t think this is a fringe or marginal interest group in community who are affected by electromagnetic radiation to and from mobile phones,” he said.

“I have personally met and discussed the issue by those in the community whose opinions I respect and who are genuinely sensitive to this radiation.”

Cr Antonella Celi told The News that the government needed to ensure that information used in its 5G campaign was “not  based on antiquated information from [the World Health Organisation] and ARPANSA  who have not yet undertaken the research into the higher frequency of the 5G network required for the ‘internet of things’ and the potential impacts on human health and the environment”.

“It is known the introduction to 5G and its roll out is a federal responsibility, but that does not mean that through local government the concerns of the community cannot be explored, noted and a report brought back to council by officers,” she said.

Meeting with the petition’s organisers was “important, so that we can understand what the community concerns are and what evidence base there is for these concerns in particular relating to the impacts on health and wellbeing”.

Cr Celi said the shire was not the only municipality “to raise concerns about the “cumulative impacts of high density, small cell installations and microwave frequencies”.

“The emergence of the new generation of 5G technology builds upon the existing 4G network and introduces into our way of living and environment a higher density of small cell and macro cell infrastructure set at 200-300 metres apart to adapt and deliver a higher frequency “millimetre wave” band into the atmosphere. This raises concern in the community in regard to the level of EMR saturation that could potentially lead to adverse health outcomes for people, in particular those who are susceptible to electromagnetic hypersensitivity arising for radio frequency radiation.

“We live in an age where we are counting carbon emissions due to impacts of climate change. Will we also be heading in to a future where we will need to count EMR emissions to reduce the impact of the higher frequency millimetre wave into the atmosphere?

“This is why thorough research needs to be undertaken relative and specific to the impact of the introduction of the 5G network as it’s rolled out.”