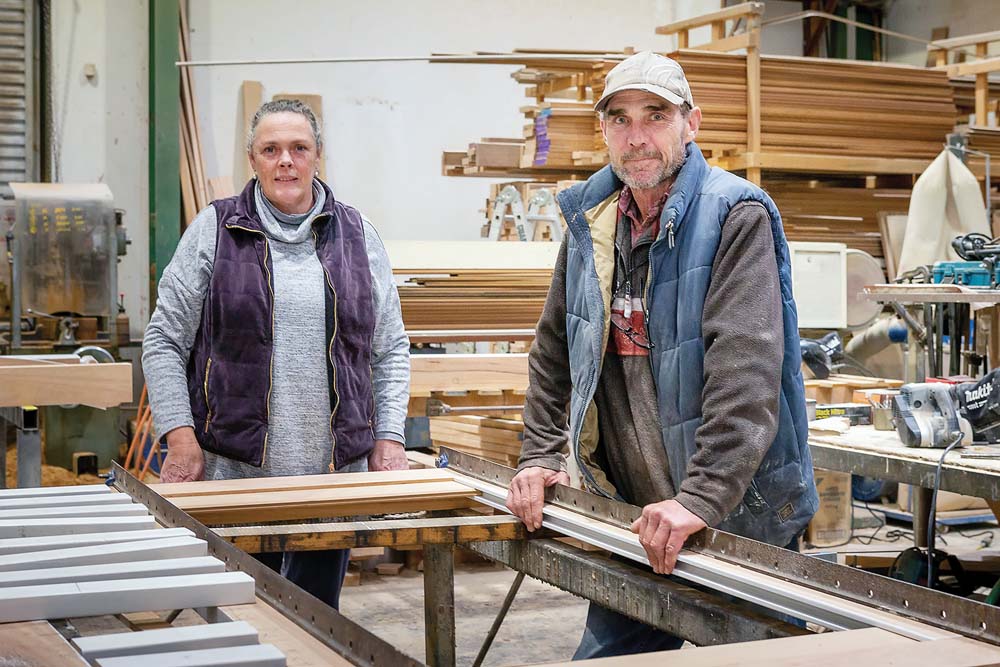 THE theft of two sets of expensive timber gates from properties at Mount Martha and Main Ridge has prompted Red Hill Country Gates proprietor Gabby Goodon to warn customers to be on the lookout for the thieves.

“I’ve emailed people to warn them,” Ms Goodon said. “I want to get it out there. I want people to keep an eye out.”

She described the thieves as “dumb” because the Baker and Diamond double gates could not easily be disposed of. “It’s not like they can sell them on eBay,” she said. “People would know they were stolen. It’s bizarre.”

Mornington police are examining CCTV footage of the thieves and their car at Forrest Drive.

Ms Goodon said the “very heavy” gates would need at least two men to lift after the hard work of disengaging them from their supports and hinges.

She said the Main Ridge gates were automated but the thieves did not take the automation equipment “possibly because they were disturbed”.

Red Hill Country Gates, of Collins Road, Dromana, has been making and selling gates for the past 23 years and this is the first time thefts of this type have occurred, Ms Goodon said. “The world’s gone a little bit crazy.”