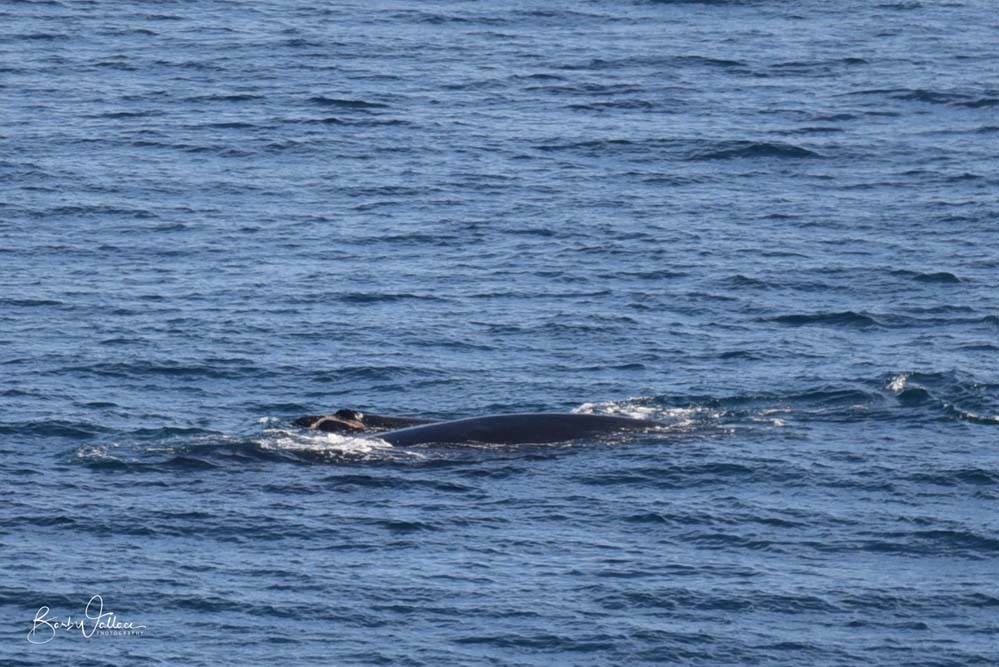 CITIZEN scientist Barb Wallace took this photo closer to shore of the southern right whale and its calf which was pursuded by a boat off Cape Schanck on Sunday.
Share
Facebook Twitter LinkedIn Pinterest Email

RESEARCHERS from the Dolphin Research Institute are worried about the welfare of a southern right whale mother and her calf after they were harassed by a vessel near Cape Schanck on Sunday.

A volunteer citizen scientist with the institute’s Two Bays Whale Project was watching the whales as they appeared desperate to evade a harassing vessel.

The normally slow-moving southern right whales were seen travelling fast and frequently changing direction as the boat manoeuvred in an apparent attempt to photograph the pair.

There were so many reported incidents of whales being pursued by boats in Port Phillip and near Phillip Island that the institute closed own its online whale alerts.

Research officer David Donnelly said the whales at Cape Schanck were the first validated sighting of such a young southern right whale in the records of the Two Bays Whale Project for Victoria’s central region.

“Southern right whales are a critically endangered species in Victorian waters and are part of a genetically distinct population of less than 300. They are making a slow recovery from the brink of extinction,” he said.

“It is very disappointing that a mother with a young calf at their most vulnerable time should be placed under such unnecessary stress.”

Institute executive director Jeff Weir said the boat’s skipper “could be subject to a significant fine”.

“Yesterday we had sightings of killer whales, humpback whales, southern right whales and dolphins in our coastal waters,” he said.

“We also had many other reports of harassment from Port Phillip and along the Phillip Island coast.

The Dolphin Research Institute was so concerned about the situation that it shut down the whale alert function of its Two Bays to avoid encouraging more harassment.

“It is remarkable to have these animals in our marine backyard, and we must respect them by obeying the marine mammal regulations,” he said. “It’s not about spoiling the remarkable experience of seeing whales and dolphins, just showing common sense.”

“If dolphins or whales pop up close to you or approach your vessel, then ideally stop if safe to do so and watch, or slow down and keep your direction,” Mr Weir said. “Enjoy and value our remarkable marine treasures, then let them swim off, without following.”

To report sightings of whales or dolphins go to www.dolphinresearch.org.au or call 5979 7100.