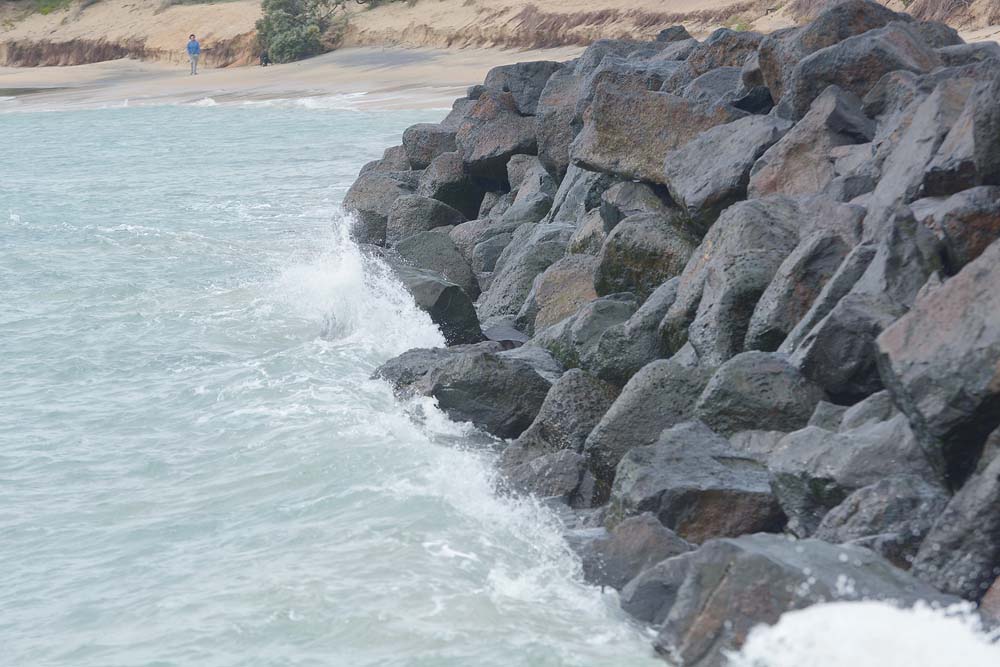 ROCKS placed in the water while a sandbag seawall was being rebuilt at Portsea front beach may be used as part of a what could be a $20 million attempt to permanently restore the famous beach.

The rocks will be used to build a 60-metre groyne at the eastern (Point Franklin) end of the beach.

Coupled with dredging offshore, the groyne is designed to deflect waves away from the beach.

Extra sand will be added to the beach when the dredging is complete.

Cr Bryan Payne said the dredging would be examined as part of a year-long environmental impact study, while the groyne would be a “cost effective solution giving us hope that Portsea will once again have a beach while we continue to explore future options”.

Mornington Peninsula Shire Council has been working with staff from the Department of Environment, Lands, Water and Planning to find a long-term solution for the return of the sand at the once-popular beach, which was once 30 metres wide and 600 metres long.

Sand disappeared over the past decade requiring a temporary sandbag wall to be erected to halt further erosion. This wall is being repaired by DELWP to protect the coastline and allow time to further investigate the beach’s restoration.

Cr Hearn said: “We had the [groyne] concept scientifically modelled by coastal and ocean engineering consultancy Water Technology and the results indicate it would promote an increased accumulation of sand and help restore the beach.

“The rock is due to be removed by DELWP after the wall is repaired, so this option seems a cost effective, medium-term solution to reinstate the beach.”

Cost estimates for the construction of the rock groyne are “modest” compared to the longer term sand-and-dredging option which may cost up to $20 million, Cr Hearn said.

Cr Hugh Fraser said: “The groyne will bring the beach back in the medium term and give us time to work further on a sustainable long term solution.”