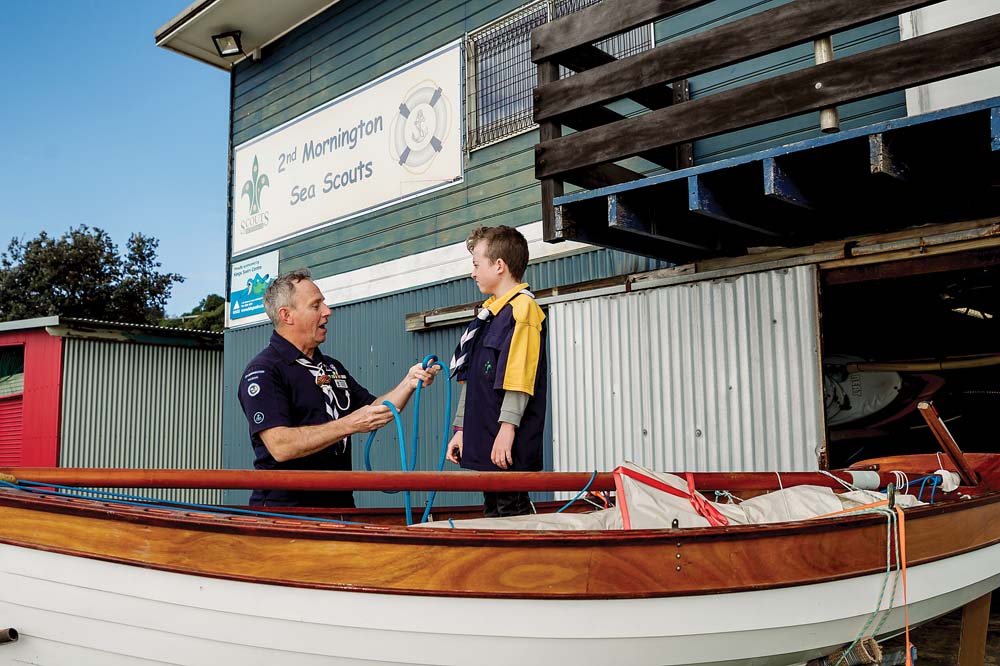 WHILE the position is unpaid that “doesn’t mean it comes without benefits”.

So states an advertisement for a new group leader at 2nd Mornington Sea Scouts.

Applicants might note that the hall on Scout Beach, although old, is ideally placed for water and beach activities and houses a variety of watercraft and camping equipment for use by all members.

“Leaders can participate in sailing, canoeing, kayaking, bushwalking and ski touring. They can paddle and sail boats from the largest beach box on the peninsula,” current group leader Terry Prudden said.

Who can be a group leader? Any adult. “Sure, a current leader would find assumption of the role easier, but Scouts Victoria welcomes all adults in scouting, or from outside the organisation, to fill the role,” Mr Prudden said.

“The role is basically running the group, which means managing the adult leaders and the committee which provides the funds and facilities.

“The only essential skills needed are the ability to communicate and manage small groups. Training and a good handover can take care of the rest.”

Mr Prudden said he wanted to stay on board as assistant scout leader and badge examiner, but was looking forward to taking an extended holiday after the annual meeting.

“Organisations need fresh ideas and new approaches,” he said. “All roles should rotate on a regular basis.”