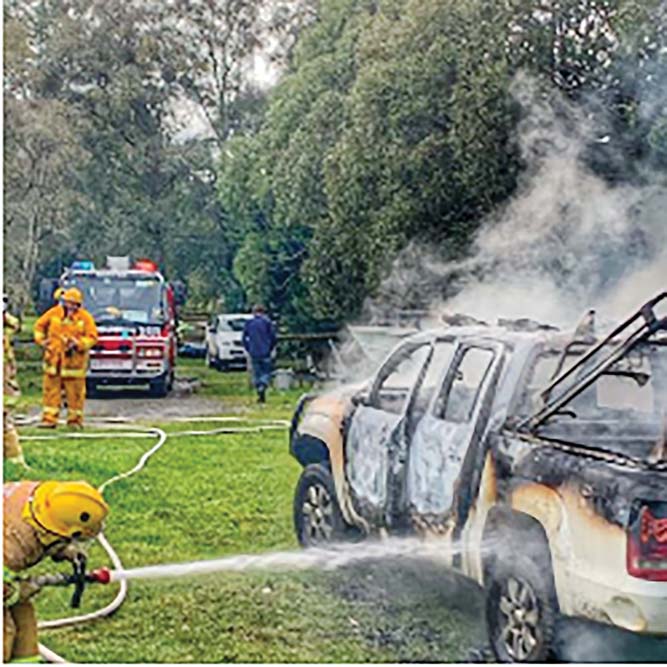 TWO vehicles were set alight in “suspicious” circumstances last week amid reports that youths were seen “running from the scene” at the time.

CFA crews from Pearcedale and Baxter responded to initial reports that the car was “dangerously close to a shed and fire was spreading into scrub”.

“Crews were quick with their initial knockdown stopping the spread of fire. The cause is unknown, and police are investigating. It was good work by all crews involved.”

A ute parked near a power pole in East Road, Pearcedale, was destroyed by fire later that evening. “There was no one around when Pearcedale and Somerville CFA crews arrived and we can’t say how the fire started,” Captain Willmott said.