The Adept Adaptor in the Age of Uncertainty 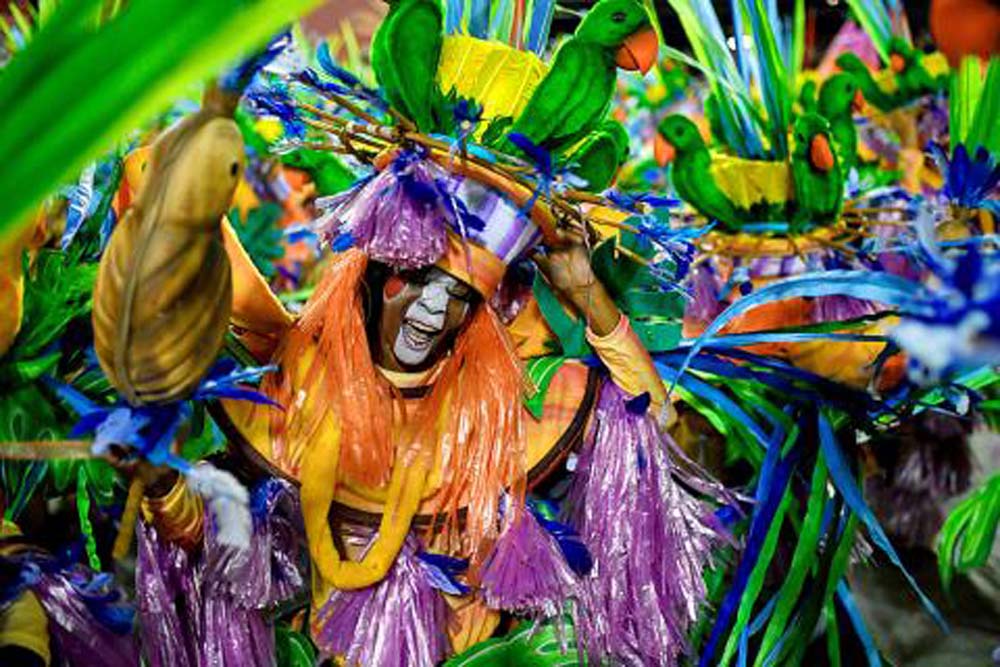 THESE are testing times. By ‘testing times’, I don’t mean in a ‘Naplan’ kind of way. Or even in a ‘pub test’ way, given they’re all currently closed. I mean that these are difficult times for everyone and there’s little choice but to suck it up and soldier on.

Right now we’re living in a Leonard Cohen song. Not one of the pretty, romantic ones but the scary, apocalypse-before-breakfast type of songs.

But despite the gloom it’s also an opportunity. An opportunity to do things a little differently and to acquire new skills that – once upon a time such as February – would have been unthinkable. It’s a time for reflection, although preferably not in the bathroom mirror because the ‘ISO’ haircut can be horrifying.

I’ll be honest – my relationship with hand sanitizer has changed forever. I’d never given much thought to hand sanitizer pre-pandemic. It was something I assumed was for Howard Hughes-types; germophobes who refused to open the curtains and kept raving about the Spruce Goose. Things are different now. I’m spraying that stuff into my palms pretty much every time I turn around. Bam! Squirt! Splash! I’m slamming that nozzle so often that my hands are practically drenched in the stuff.

That said, it’s only recently that I took a look at the bottle and realized how much alcohol is in hand sanitizer. It’s a lot. So much alcohol, in fact, that if my hands were allowed to drive themselves around without me and were pulled over for a breath-test, they would surely be over the limit. Such is the concentration of alcohol in hand sanitizer that my hands have started demanding a kebab when I least expect it. I’ll be at my desk when, suddenly, out of nowhere, a souvlaki appears along with a taxi. It’s extremely confusing.

For months, I’ve been splashing this stuff all over my hands without a second thought. Then I had a second thought and read the warning on the bottle. There’s a lot of emphasis placed on how highly flammable it is.

This goes a long way to explaining why my hands were catching alight every time I walked past the heater. Here I was thinking that spontaneous human combustion was simply a part of the ageing process, but it turns out it’s simply the cost of really clean hands.

My computer now has more platforms than Flinders Street Station. There’s ‘Teams’, ‘GoToMeetings’, and ‘Zoom’, which was the platform of choice but fell out of favour when it became apparent that security flaws enabled Vladimir Putin to turn up to your staff meeting.

For those who like to keep things old school, there’s ‘Skype’ and the puzzlingly-named ‘Blue Jeans’ which, presumably, is for those who really like the songs of Doctor Hook.

I’ve also had cause to use ‘Cisco Webex’ which I quite like because it sounds like Spiderman delivering you a Margarita.

Using these platforms has taught me a lot. Namely, that when I’m working from home and I put my dog in front of the camera, she’s a lot more popular with my colleagues than I am. The dog, in turn, has learned that if she slaps her paw on the keyboard, she can disconnect the camera. Which she likes to do over and over again because the people watching always react. I’ve also discovered that everyone I work with is more technologically adept than I am and can add all kinds of interesting backgrounds like beaches, street scenes and other things that are, to put it frankly, outside.

I remember outside. Sigh.

I’ve also become accustomed to ‘freeze face’. This occurs when you’re on a video conference and there’s a problem with your connection. Your face becomes frozen as though the wind just changed. Generally speaking, this occurs when your face is hideously contorted.

When trapped in unpleasant discussions, I’ve taken to doing my own ‘face freeze’ to suggest that I’m no longer connected when, in actual fact, I’m simply no longer interested. Luckily, displaying an horrendously contorted facial expression is practically second nature for me.

The next challenge will be masks.

If we’re going to have to wear masks, we should do our best to make it something of an event. Which is why I decided to try out one of those Rio Carnival masks. Mine is green, with rubies, glitter and topped off with a selection of Cassowary feathers. It makes leaving the house for one of the four essential reasons more a celebration than a chore. But no – turns out that my Carnival mask covers the wrong part of the face in that it leaves the mouth exposed. There are, as it turns out, no points for presentation. Technically speaking, putting a stocking over your head is compliant but, perhaps, too effective as a social distancing tool. As easy and plonking a pair of Razzamataz over your skull might be, it may make others feel ill at ease.

In these difficult times, the world needs a hero. Not that all superheroes wear masks, but a lot of them do. But there’s a problem. Superheroes wear masks to conceal their identity, not cover their mouths. As much as the idea of dressing up as Batman to do my shopping is deeply appealing, it wasn’t going to get the job done. That said, there’s always Deadpool, but given that there’s a lot of Deadpool-movie activity these days, stepping outside my door dressed like him would result in an instantaneous ‘cease and desist’ letter from the appropriate Hollywood studio. Those people have no sense of humour. As is evident from the films they make.

I think I have adapted to 2020 well. To be honest, I feel ready for anything. All I need is some hand sanitizer – Bam! Squirt! Splash!