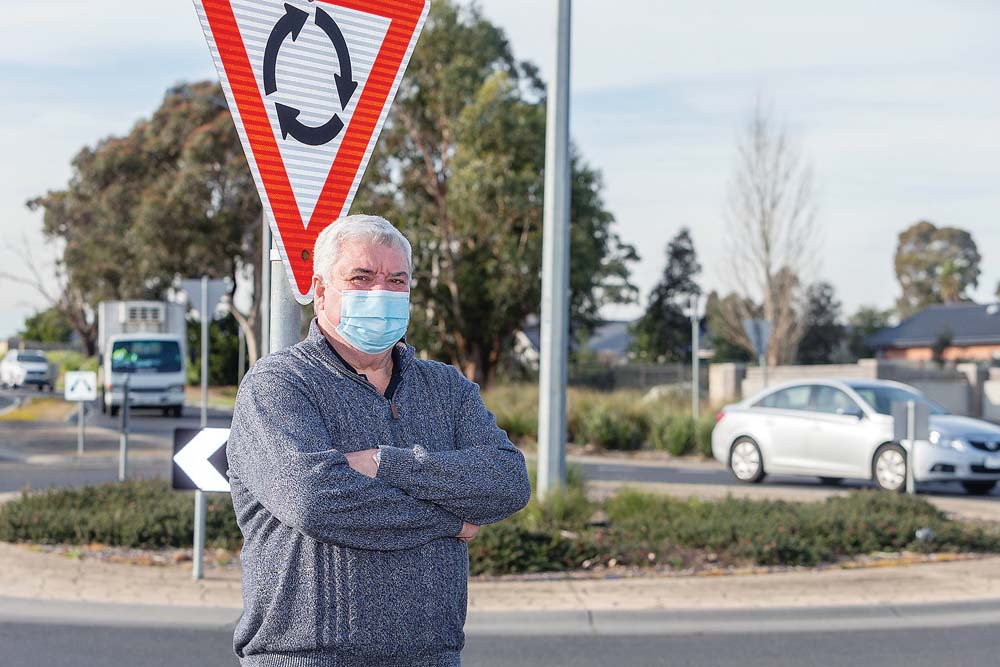 A MORNINGTON man is questioning the logic of having a primary school’s pick up and drop off areas blocking the town’s main arterial road between Moorooduc Highway and Peninsula Link.

Ken McBride, a City of Knox councillor (1990-94) and deputy mayor (1994), was chairman of that city’s roads committee. He moved back to Mornington in December after previously living here some years ago.

He says the absence has given him a fresh perspective.

“To have a roundabout on an arterial road being the only way into and out of St Macartan’s Primary School seems a recipe for disaster,” he said.

Two weeks later he was still awaiting their responses.

“I am concerned about the traffic congestion, particularly on Bungower and Mornington-Tyabb roads, at peak times morning and afternoon,” he said.

“It appears to me that both these roads have remained basically unchanged for the past 100 years, but the population has escalated considerably in Mornington and adjacent suburbs.

“Combined with this is the development of Eastlink and Peninsula Link which is great for the area, but it is difficult to connect to Peninsula Link in peak times, especially between Nepean Highway and the Moorooduc Highway.”

Mr McBride said ideally Bungower and Mornington-Tyabb Roads would be wider, duplicated carriageways, with a flyover or grade separation at the Moorooduc Highway intersections.

“Travelling on Bungower Road near St Macartan’s at drop off and pick up times is a nightmare with gridlock often occurring and driver frustration often leading to road rage and danger to vehicles and pedestrians,” he said.

“The primary school opened in 2009 which is relatively recent and I wonder how local and state authorities could approve the design initially, yet not address the escalating traffic congestion as the school population, local population and traffic volumes have grown exponentially since that time.”

St Macartan’s principal Colleen McGreal said the school supported strategies that would “assist safe processes along Bungower Road, including those busy times at the beginning and end of the school day”.

“While the school provides supervised onsite pick-up and drop-off zones, the busy-ness of a single lane can sometimes lead to non-school traffic feeling frustrated,” she said.

“The school would be open to discussions with the shire in using our second exit gate to assist with traffic flow.”

Mr McBride said it appeared the town planners had allowed for the future widening of Bungower Road. “I would have thought that traffic engineers could utilise the space in front of St Macartan’s Primary School to create a safer traffic flow,” he said.

“As you know, Mornington is not connected to the Melbourne metropolitan rail network, therefore, local residents rely on the roads to get to work and all their other activities.”

A Department of Transport spokesperson said: “We always welcome feedback from the community about how we can improve safety and traffic flow on our road network.

“Potential future upgrades at this location will need to be developed in consideration of the broader regional arterial network to ensure the full benefit of any investments made is captured across the network.”