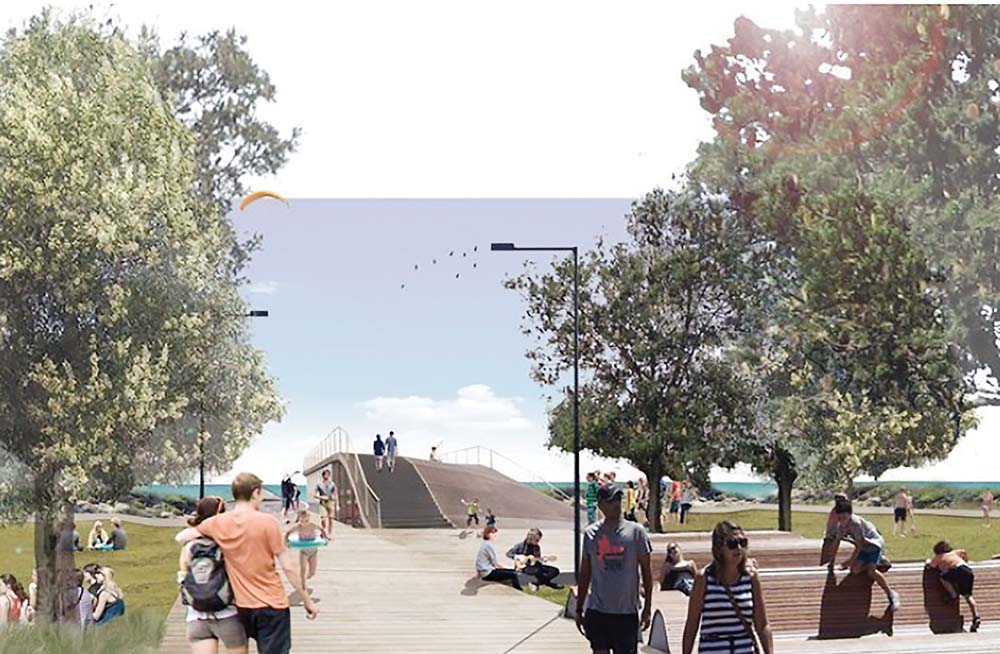 CONCEPT plans for the redevelopment of the Rye foreshore are on display and open to public comment until 5pm Friday (11 September).

Mornington Peninsula Shire plans to upgrade the promenade, park and camping areas as part of a $6.5 million Rye township plan.

The latest plan shows the promenade linking the northern end of Napier Street to the Rye pier providing what officers say is “both a physical and visual extension of the pier”.

A deck extends from the pier to the land where a pedestrian crossing at Point Nepean Road leads to the Napier Street plaza.

New outdoor furniture, public art and lighting are expected to enhance the promenade which “frames views to the bay and creates pedestrian zones for social gatherings, play and respite”.

Car parks next to the pier will be redesigned for public open space and parking with the aim of “improving usability and turning the park into a Rye attraction”.

The foreshore park will have a playground, lawns, seating, shade structures and picnic facilities, improved walking and cycling links and an upgraded Bay Trail.

The camping ground, which takes up much of the foreshore reserve, became a popular holiday spot in the 1940s and has since “become ingrained in the local culture of Rye”.

However, the plan sees the camping area as limiting the potential of the foreshore park and campsites ill be removed from between Weir and Lyon streets.

Lloyd Borrett, who owns The Scuba Doctor Australia in Peninsula Avenue, organised a petition against the plan which by mid-last week had received more than 800 signatures.

Mr Borrett said local dive shops and other major users of the pier were not consulted about the proposed changes to the pier, promenade and park.

He says the plan discriminates against scuba divers and the disabled who require easy access to the pier. “Currently, pier users can park a disabled-friendly 50 metres from the entrance to Rye pier. The new plan forces them to park at least 175 metres away, and possibly up to 290 metres away,” he said.

He said a “huge amount” of money could be saved by leaving car parking areas where they are.

Online forms and the draft concept plans are at mornpen.vic.gov.au/haveyoursay.

Email submissions with the subject line “Rye Foreshore” to: ryetownshipplan@mornpen.vic.gov.au