Dogs’ illness cause a mystery 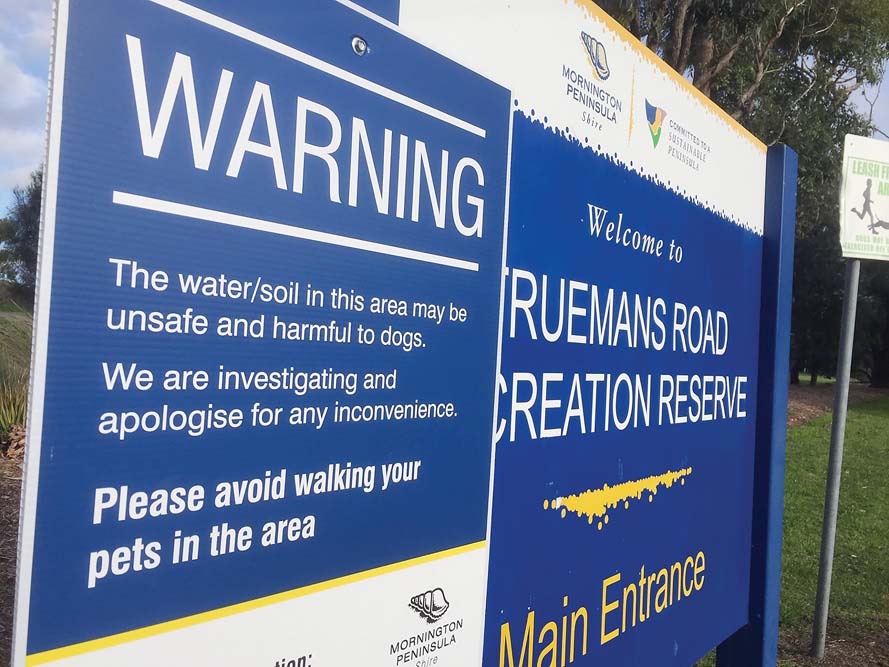 SIGNS warning against dogs being exercised at Murrowong Park and Truemans Reserve, Rosebud have been put up while Mornington Peninsula Shire tries to find a reason for dogs becoming ill at the council-managed leash-free parks.
Share
Facebook Twitter LinkedIn Pinterest Email

MYSTERY surrounds the reasons for dogs becoming ill after being exercised at two leash-free areas at Rosebud.

Mornington Peninsula Shire’s environment protection manager John Rankine said that drinking water at Murrowong Park and Truemans Reserve had been tested and was given the all clear while Agriculture Victoria had not received any reports of notifiable diseases at either reserve.

“Unfortunately, the vets who treated the affected pets couldn’t provide any indication as to the source of the illness,” Mr Rankine said.

“Council has not received any further complaints over the past fortnight, but will continue to monitor the situation.”

Mr Rankine said the affected dogs suffered diarrhoea and vomiting and had recovered within a few days.

He said dog owners should avoid taking their pets to Murrowong Park and Truemans Reserve while further investigations were made.