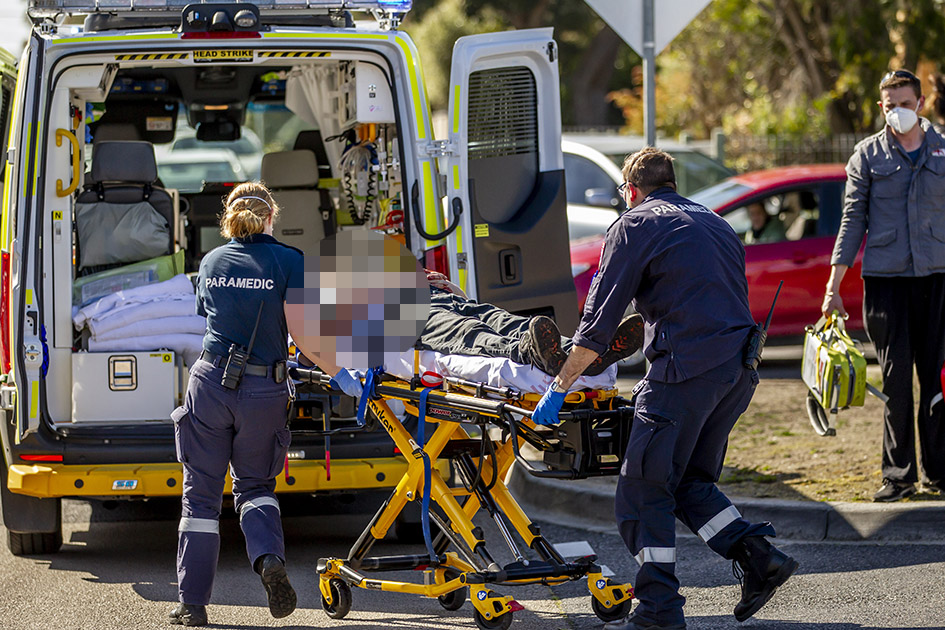 MORE charges have been laid against the homeless man accused of attacking two men with a tomahawk outside Rosebud Plaza, 10.15am, Saturday 29 August.

The man appeared at Melbourne Magistrates’ Court on Monday 31 August and has been remanded to appear for a committal mention at the same court on 10 November.

Detective Senior Sergeant Miro Majstorovic, of Somerville CIU, said the injured men – aged 47 and 63 of Rosebud – were in a “stable condition” at The Alfred hospital last week.

Rosebud police were full of praise for the bystanders who came to the men’s aid in the shopping centre car park after the random attack.

“We would like to take this opportunity to acknowledge the quick action and bravery of the members of the public who rendered first aid and assistance to the injured males [on Saturday],” a post on their Eyewatch page stated.

“These actions – under extremely difficult circumstances – almost certainly saved lives. We hope that you are as proud of your conduct as we are.”

Senior Sergeant Natalie Dollard said while police acknowledged the quick action, her advice “to all in the community” is to call 000 in the first instance.