Cerberus sets a course for next century 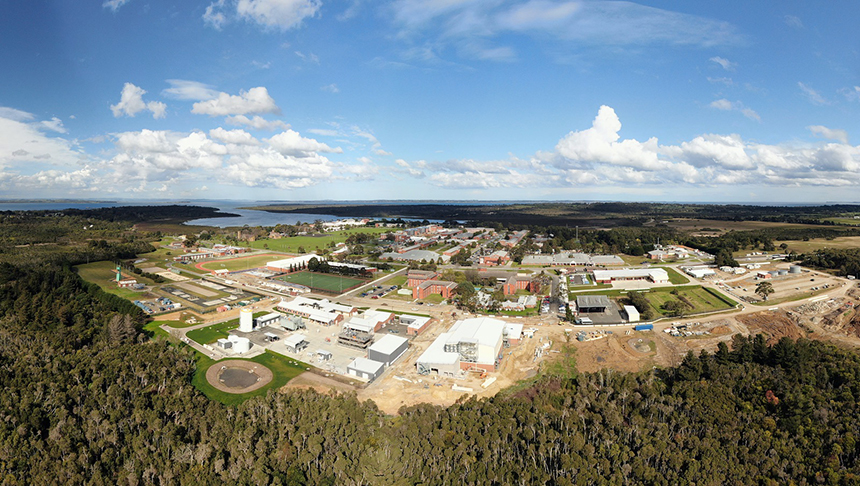 HMAS Cerberus – the Royal Australian Navy’s oldest commissioned base – has celebrated its centenary.

Known as the “cradle of the navy”, the 15 square kilometre base at Crib Point faces Hanns Inlet, between Sandy Point and Stony Point in Western Port, was bought in 1911 and formally commissioned as Flinders Naval Base on 1 September 1920.

To commemorate the milestone, Commanding Officer Captain Mike Oborn and his senior leadership team this month unveiled a centenary plinth at the site of its original commissioning.

Cerberus provides training for recruits from all three branches of the Australian Defence Force. About 1800 people are at the base at any time, with about 6000 Navy, Army and Air Force personnel undergoing training annually. “Our investment in the redevelopment of the base will deliver world class training to best prepare our forces of the future. I look forward to Cerberus continuing to play a role in the training of our defence forces for many years to come,” she said.

Flinders MP Greg Hunt said that for 100 years, the base had trained cadets “who go on to serve our nation with pride and purpose as members of the Australian Defence Force”. “Each of these individuals plays an important role in our local community.”

The $465.6 million redevelopment of the base is scheduled to be completed by mid-2023.

“This secures not only improved training for our next generation of cadets, but HMAS Cerberus’s legacy as an enduring part of the Australian Defence Force,” Mr Hunt said.

The redevelopment of the base was announced in 2017 as part of the local industry capability plan pilot projects. It will include an engineering services upgrade, refurbishment of live-in accommodation and mess facilities, construction of a logistics precinct, new School of Survivability and Ship Safety, new Survival at Sea centre and upgraded physical training centre.