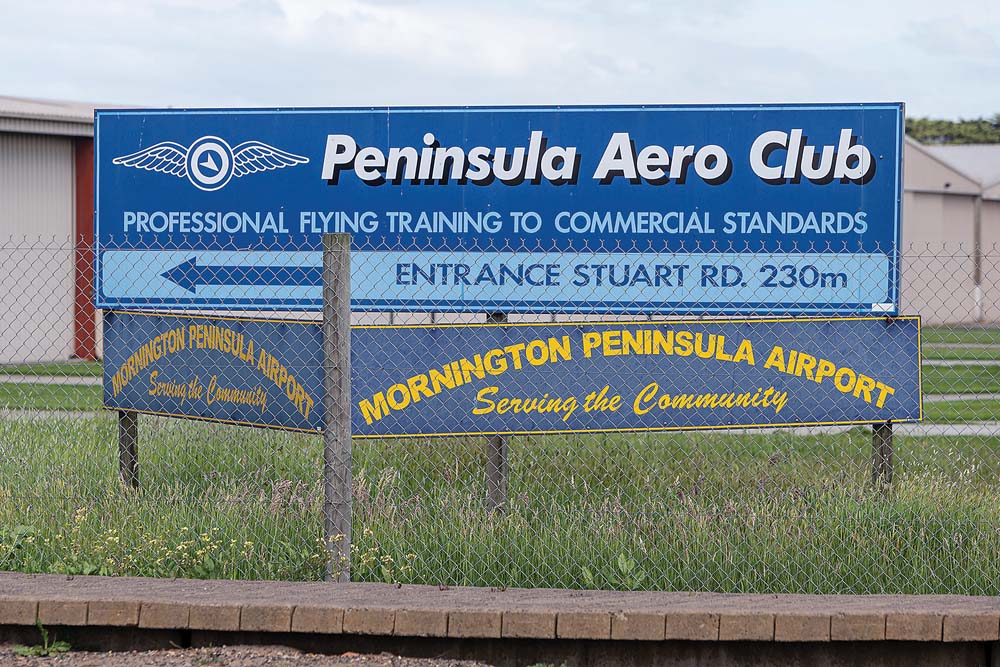 The petition claims the changes wanted by the shire will force “unworkable and invalid operating restrictions” at the airfield.

“These amendments will cause significant limitations to flying and maintenance operations, leading to closure of businesses and loss of jobs,” the petition states.

The president of Peninsula Aero Club (PAC) Jack Vevers is the first of 5470 signatures on the electronic petition, which was tabled in the Victorian Parliament’s Upper House on Wednesday 18 March.

The petitioners’ request for Planning Minister Richard Wynne to reject the planning scheme amendments follows years of dispute between the shire and PAC over the operation of the airfield.

In April 2019 the shire hired a QC to investigate planning permits and businesses operating at the airfield, which led to several businesses being briefly shut down.

Negotiations then began with the shire to bring activities at the airfield into line with the planning scheme.

The two sides have yet to be reconciled and several skirmishes have already been fought at the Victorian Civil and Administrative Tribunal over relatively minor planning matters, with a major hearing scheduled for April next year (“Shire, aero club head for VCAT showdown” The News 18/8/20).

One councillor seeking re-election has warned that having a majority of pro-airfield councillors could eventually lead to government intervention.

“It’s not very usual for a pressure group to attempt a council takeover,” Cr David Gill said. “A single issue group is unlikely to listen to other issues concerning the community.

“But there is a big change likely with a push in every seat to get control of council by Tyabb Airfield people.”

The shire’s 11 seats across five wards are being contested by 43 candidates, including five existing councillors.

A questionnaire sent to candidates by The News asks if they are or have ever been PAC members. Of the 32 candidates who responded, Watson Ward candidate Bernhard Loois, who unsuccessfully stood for council in 2008, 2012 and 2016, said he is an associate member and Belinda Rodman (Briars) said she was a former PAC member.

Cerberus Ward candidate Darren Barnfield did not answer the PAC question and subsequently asked The News to “identify your agenda for asking these questions? I see these were not asked of the candidates 4 years ago”. Mr Barnfield was told that the airfield was a current issue.

Mr Vevers, in an email, told The News that “a pseudo PAC takeover of the Shire … is a fanciful notion” and that any article “singling out the PAC … is undermining the democratic process of people and organisations voting rights”.