Snake in the grass 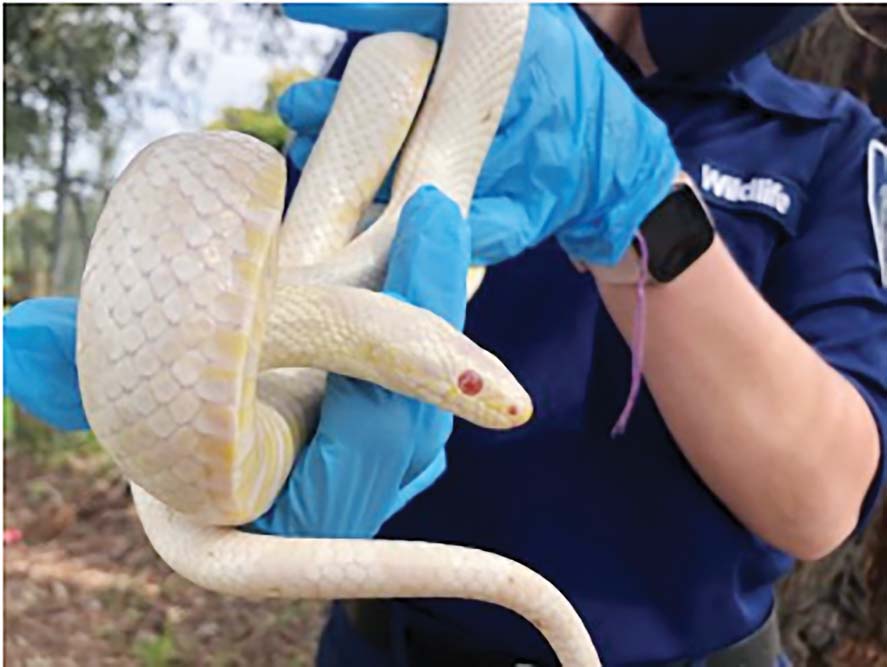 THE discovery of an illegal eastern corn snake (Pantherophis guttatus) at Hastings has prompted police to ask if anyone has information about it or any other exotic species of reptile.

The white snake was found in a backyard on Hodgins Road, between Marine Parade and Victoria Street, Sunday 13 September.

Witnesses had reported numerous sightings of a white snake loose in the area several months before its capture.

The albino-like reptile – an exotic pest – was probably kept as a pet before its escape.

Police said it was illegal to import, keep, breed, trade or release the snakes in Victoria. They posed “one of the greatest threats to biodiversity as they have the potential to establish in Victoria and predate upon and spread disease to our native wildlife”.

“As a result of illegal possession and trade, the eastern corn snake has been discovered in all states of Australia, having either escaped or being deliberately released.”

Anyone with information about this snake or any other exotic species of reptile is urged to call Crime Stoppers 1800 333 000.