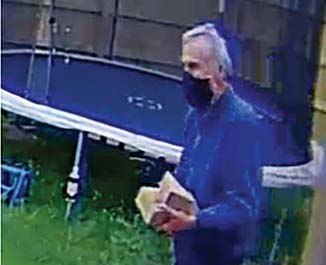 A MAN who twice stole firewood from a Blairgowrie house is being sought by police.

The man, above, is captured on CCTV walking down the side of the holiday house on Melbourne Road, 4pm, Wednesday 30 September, and taking an armful of firewood. He carried the load to the front and hid it under bushes. Police believe he left on foot and came back later.

This follows a similar theft of firewood by the man on 27 July when he was seen loading firewood into a dark coloured Land Rover Freelander, registration unknown.

The man is described as Caucasian or Southern European, 65-70 years, grey hair and wearing dark clothing.