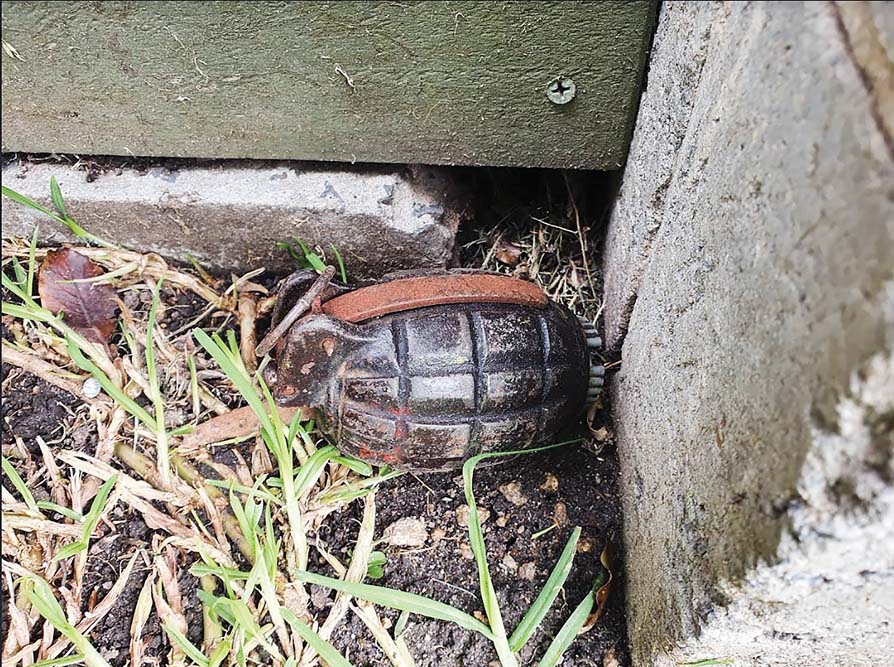 A CLEANER got a fright when tidying up a West Park, Hastings property earlier this month.

Going through drawers in the garage he uncovered a military hand grenade with the pin inserted making it, technically, still “alive”.

Senior Constable Rob Gillson, of Hastings police, said the cleaner had been called in by the wife of a World War II veteran, aged 92, who had been moved to a nursing home.

The grenade was taken to the rear of the house and police called, Sunday 11 October.

Senior Constable Gillson said he notified the police bomb response crew who called in their Army equivalent. They placed the grenade in a container and took it away for detonation.