A bond bombers could not break 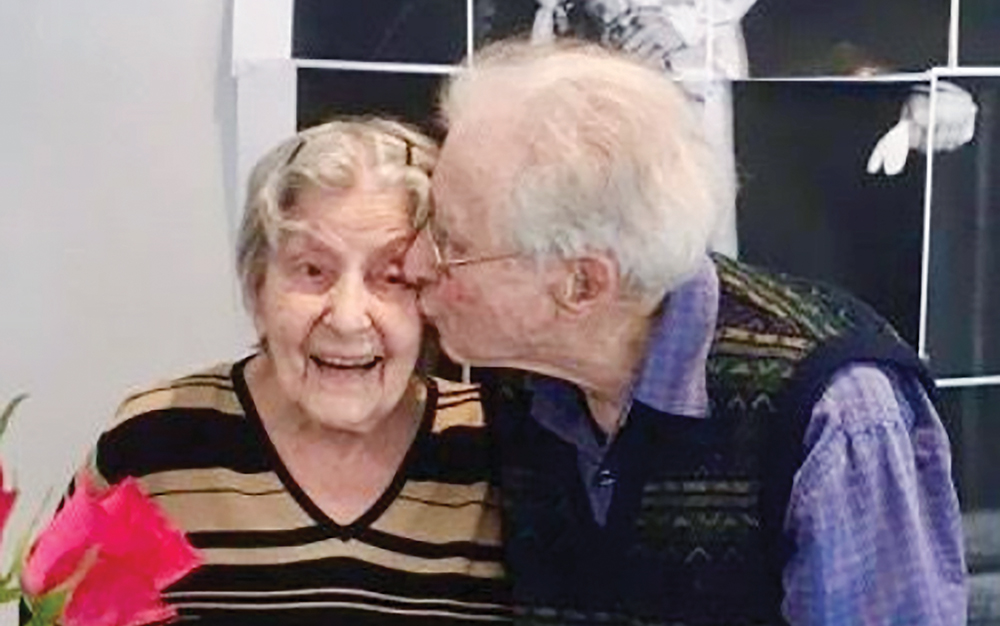 NOT too many weddings get interrupted by an air raid, but that’s happened when British couple Frank and Rena O’Neil, pictured, tied the knot during the darkest days of World War II.

“We had just finished our wedding vows when there was an air raid and we all ran for cover,” Mr O’Neil said.

“There were huge rations at the time so we didn’t have any champagne, wine or cake to celebrate with.”

The October 1942 wedding – when Rena was 19 and Frank 21 – came after they met while playing in the street as teenagers.

They celebrated their 78th anniversary on Friday 23 October at Benetas’ Mornington Peninsula aged care home. Despite the COVID-19 restrictions the couple enjoyed afternoon tea served by the Corowa Court team with roses, old photos, and a violin serenade from one of the staff.

Lifestyle coordinator Rebekah Wissman said they were “quite the star couple”.

“Frank and Rena have lived with us for three years and so often when we see them, they’re walking together hand in hand,” she said.

“It’s heart-warming to see two people in love and caring for one another after so many years. It gives us hope!”

Mr O’Neil who turned 99 this month, said anyone looking to maintain a strong husband-wife relationship should “be kind, no matter what”.

The couple live between two rooms at the home with one set up as a lounge and the other a bedroom. Ms Wissman said Mr O’Neil was often heard saying, “I’ll do anything for Rena”.