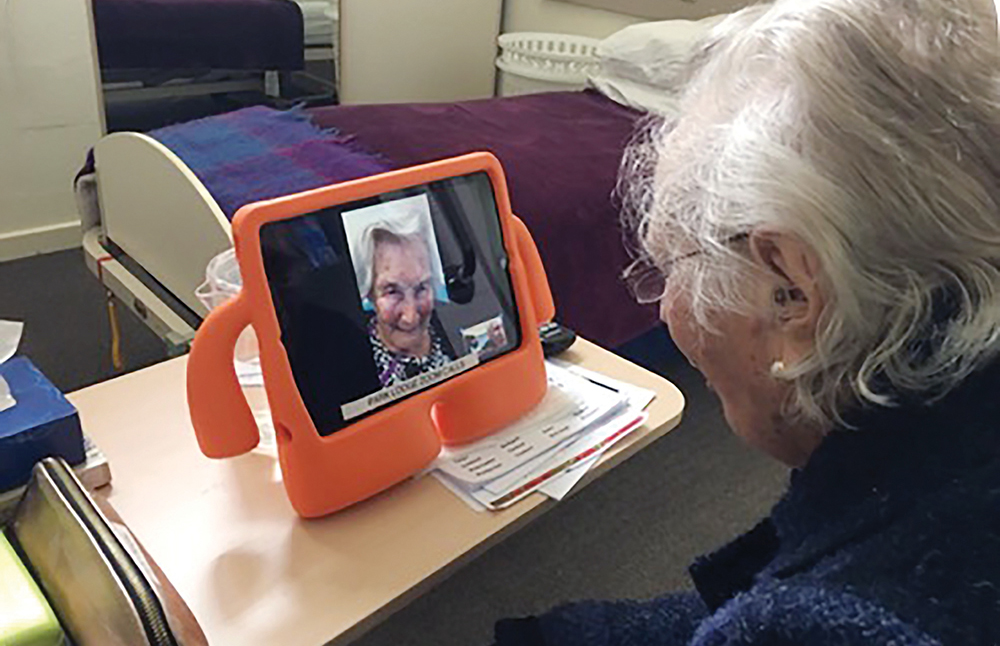 DISTANCE can be a barrier to friendship but, with new technology, staying in touch has never been easier.

Although Jo Cooper and Vi Fleming, both aged 103, live in aged care centres at Mornington and Frankston, the stay in touch on a regular basis.

Friends since meeting at Baxter Village, Frankston some years ago, the pair are great supporters of Zoom, the videotelephony and online chat service that has become an integral part of daily life during the coronavirus pandemic.

Ms Cooper, a descendent of early Sorrento settlers, went to school in that town where she worked as a cleaner and as a doctor’s receptionist.

She moved to Melbourne during World War II and worked with the Country Women’s Association before marrying and, on retiring, moving to Mount Eliza 25 years ago.

Since moving into an aged care centre at Mornington, Ms Cooper has taken up painting and “enjoys the odd game of Bingo”, according to her daughter.

Ms Curry said Ms Fleming was the first female real estate agent in Frankston, having taken on her husbands’ business after he died at an early age.

“She succeeded in what was in those days a competitive man’s world, often causing a few comments,” Ms Curry said.

“Alongside her career she raised three children on her own, enjoyed sport and travel and, particularly, playing golf.”