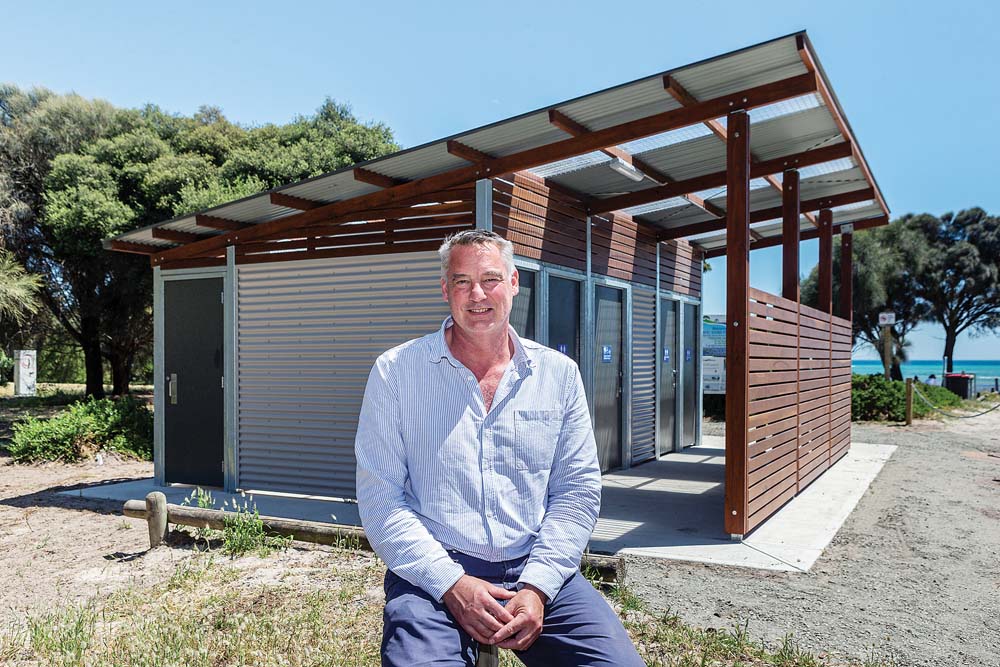 He’ll be able to show off the new coastal amenity block that’s just been completed at the end of Truemans Road when campers flock to the reserves for the opening of the season on 19 December. It has four ambulant and one all-abilities toilet, as well as two outdoor showers.

This, along with a rework of the car park area to move it away from the beach front and create extra parking, is the first stage of a proposed three-stage development that will make this beachfront reserve a primary destination for locals, Bay Trail users and visitors, he said.

Capel Sound Foreshore Committee of Management has fully funded this first-stage development, with future stages to include a boardwalk, additional barbecue and picnic facilities, and a children’s playground.

The Capel Sound foreshore takes in almost four kilometres of coastline from Chinaman’s Creek in the east to Shirlow Avenue, Rye, in the west.

It is not managed by Mornington Peninsula Shire Council, meaning it is not affected by the shire’s decision to postpone foreshore camping until February. (“Foreshore campers locked out” The News 10/11/2020).

Mr Nicholls said the ongoing care and maintenance of the Capel Sound Foreshore – and the $250,000 raised for the first stage of the amenities development – is made possible through fees received primarily from the 360 campsites and 91 boatsheds.

The estimated $500,000 needed for the remaining stages is being sought from the federal and state governments.