Nothing to fear from ageing population, says report 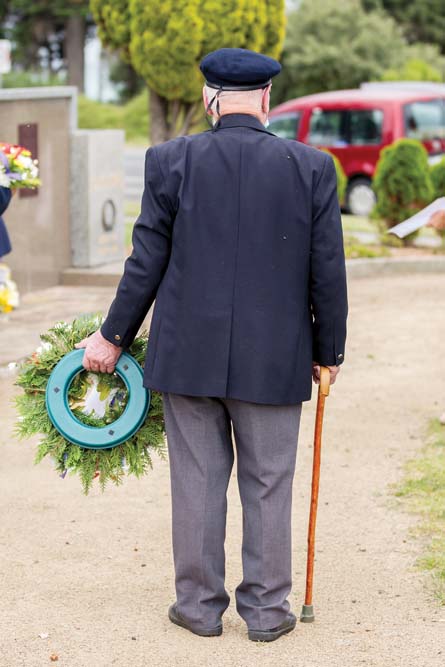 REMEMBRANCE Day, 11 November, is a time for young and old to pay respect to those who served their country in times of conflict. This picture was taken at ths year’s socially distant ceremony at Dromana. Picture: Yanni
Share
Facebook Twitter LinkedIn Pinterest Email

A DISCUSSION paper released last week found that an ageing population was “more of a silver lining than a silver tsunami”.

In what was described as a classic case of the “cure being worse than the disease”, the paper concluded that any federal government policy of rapid population growth to off-set ageing brings far greater problems than any brought on by ageing itself, organisers said.

The paper, commissioned by Sustainable Population Australia (SPS), was written by Queensland University academic Dr Jane O’Sullivan who, for the past decade, has researched demographic pressures on food security, economic development and environmental sustainability.

SPA national president Sandra Kanck said the paper allowed policy makers to “look at the population ageing issue from a new perspective – not from one of anxiety but rather as a good news story”.

“Basically, the population ageing panic is a beat-up, a fabricated crisis created by vested interests with their own agendas,” Ms Kanck said.

“The immigration hiatus caused by COVID-19 has heightened dire claims about population ageing. But Dr O’Sullivan’s report, which includes original data analysis and extensive literature review, sorts the facts from the spin.”

The report is especially relevant to the Mornington Peninsula, which has the highest population of older residents of any suburban municipality.

This makes it important the council plans sensibly for residents aged 50 and above.

As confirmed by the 2016 census, the number in that cohort on the peninsula is 44.8 per cent compared to Greater Melbourne’s 30.9 per cent – with the number here expected to continue to increase.

The shire’s draft Positive Ageing Strategy 2020 – 2025 is based on the visions of what an age-friendly peninsula can look like in five years.

Its aim is to create a community where all residents can participate, belong and contribute.

Ms Kanck said Australia was “still in the last stages of the demographic transition where the proportion of older citizens rises steadily”.

“This, however, is only a transition to a new stable level where the proportion of people over 65 will settle at around 28-33 per cent, depending on life expectancy and whether our population stabilises or even gradually reduces in size,” she said.

“At no point will over-65s outnumber younger adults. Claims by lobbyists that Australia will be ‘one gigantic floating nursing home somewhere in the Pacific’ are simply scurrilous.”

The discussion paper found that federal government policies to boost population growth through higher immigration and incentives to have more children, such as the baby bonus, do not prevent ageing in the long run.

“Having more children simply means there are more dependent children relative to the working age population,” Ms Kanck said. “And boosting the working age population through higher immigration has resulted in our labour market being over-supplied, contributing to youth unemployment, wage stagnation and rising inequality. The countries with the most elderly people don’t have fewer workers than us, just less unemployment.

“Treasury’s periodic Intergenerational Reports, which claim an ageing population stifles economic growth, have consistently ignored the costs of population growth, including infrastructure and environmental damage. When these costs are taken into account, as well as the increasing wellness of older Australians, the benefits of low or negative population growth outweigh the costs of a slightly older population.