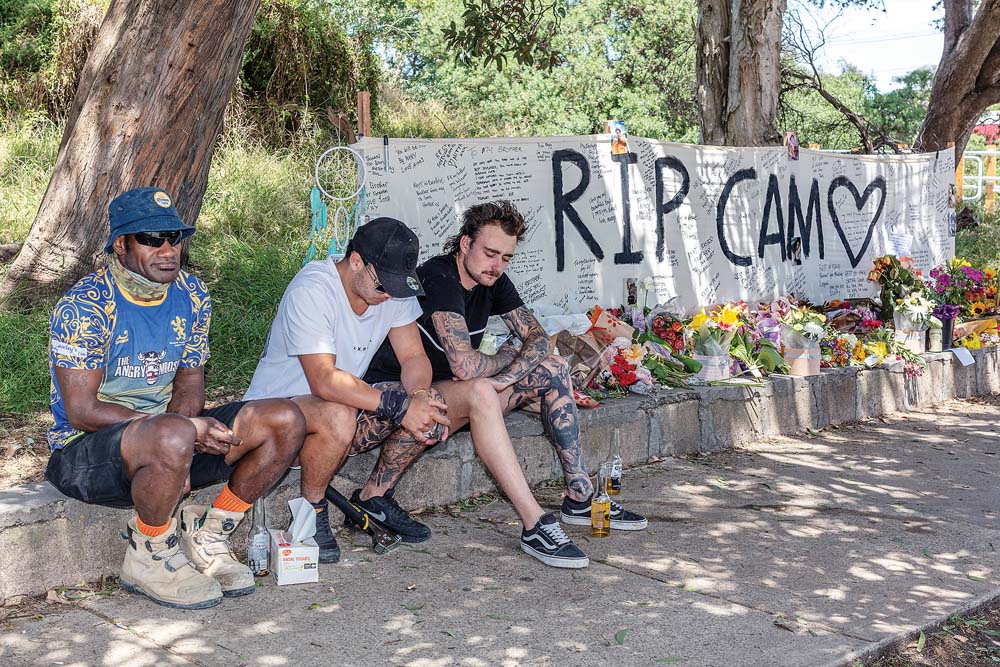 DETECTIVES on Friday charged a fourth person over the alleged stabbing death of a Langwarrin man at Seaford last week.

Frankston man Liam Casley, 18, was arrested at a house at Carrum Downs, 4.30pm, and charged with affray, assault and committing an offence while on bail. His arrest ends the hunt for offenders wanted in relation to the death of Cam Smith, 26, in Station Street, 6.55pm, Wednesday 25 November.

The carpenter died after a fight with up to four men. He was reportedly defending girlfriend Natasha Stroumos who was being verbally abused by a group, which included females, as they walked to their car with a pizza.

Somers man Jack Ledlin, 19, was earlier arrested and charged with murder. He appeared before Melbourne Magistrates’ Court on Friday. Police alleged he used an “edged weapon” – reportedly a broken bottle – to stab Mr Smith in the heart. He was remanded in custody to appear on 25 March next year for a committal mention.

His co-accused are Somers woman Scarlett Taylor, 21, who has been charged with affray and assault, and a 17-year-old youth, of Frankston, who was charged with affray, intentionally causing injury and committing offences while on bail. The youth has been bailed to appear at a Children’s Court at a later date.