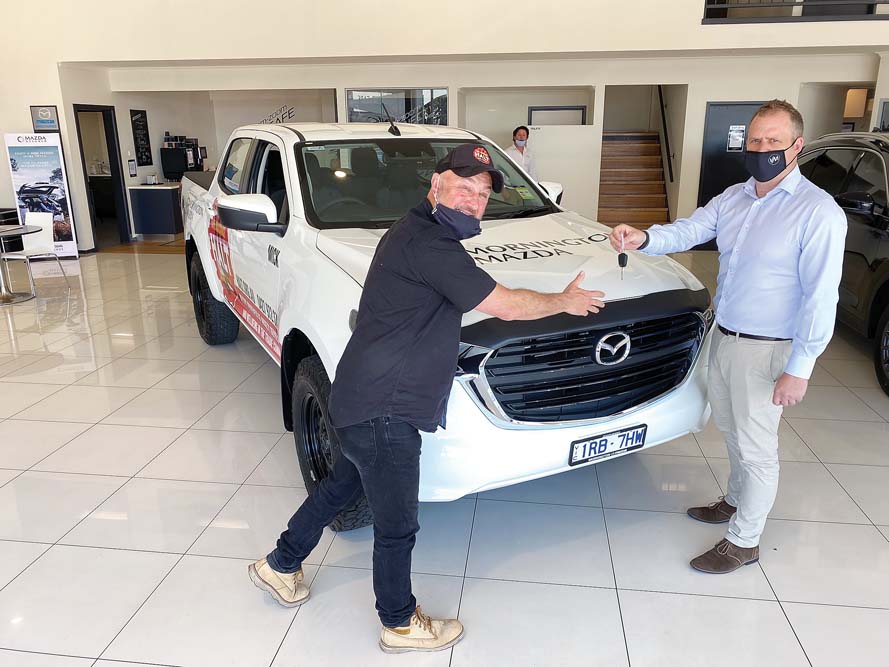 A NEW work ute given to a Mornington Peninsula men’s charity will help it spread a positive mental health message.

Mr Simmons says this type of community support is vital to the work he does on the peninsula and south east Melbourne suburbs.

“Without this amazing support we wouldn’t get to talk to thousands of tradies at hardware stores and at building sites,” he said.

Mr Tidball said: “We decided to support HALT and Mick Simmons to shed light on the subject of mental health. Mick and his team’s ability to conduct the unashamed conversations on suicide prevention allows a local network of referrals for those individuals needing an outlet. We are thrilled to support the supporters.”

Australia Bureau of Statistics figures show suicide took the lives of a record number in Victoria last year. Male suicides rose to 548 – up nearly 30 per cent in the 10 years since 2009 when 428 men died by suicide.

The figures pre-date the outbreak of COVID-19 and are likely to be higher this year.

Mr Simmons in the new ute will travel all over the south-east region visiting work sites and talking to the teams about mental health support and suicide prevention. “HALT’s goal is to reduce the stigma associated with anxiety and depression,” he said.

“We let the men know that it’s OK to talk about their mental health and how to get the help they really need from community services, GPs and psychologists.”

This is the second year Mornington Mazda has provided a new vehicle to help spread the HALT message. Mr Simmons anyone needing to talk to call HALT on 0427 972 370 to arrange an onsite visit.