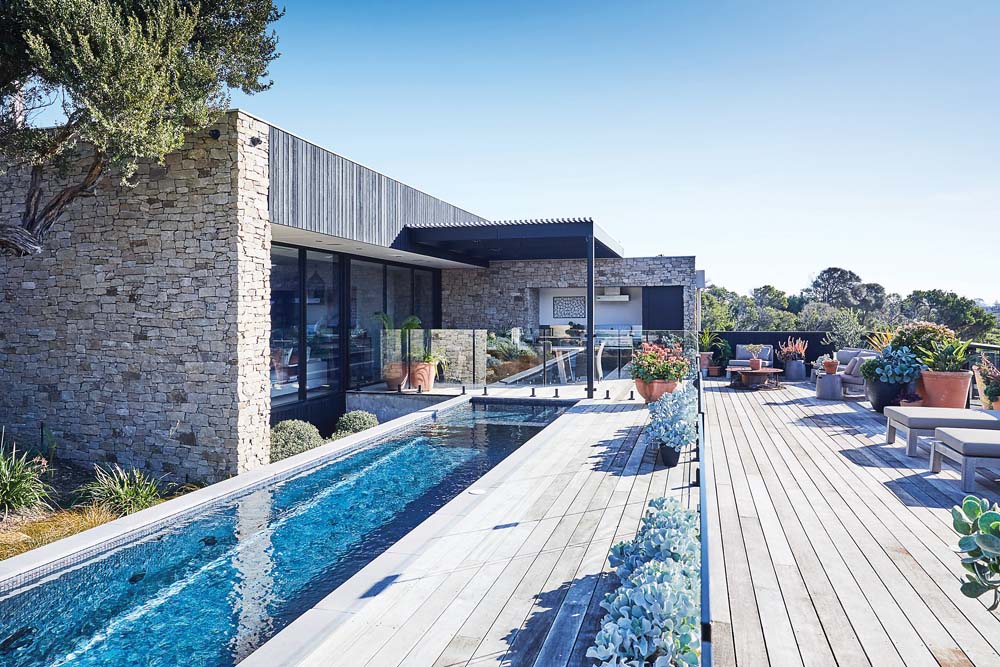 The custom-built home at Blairgowrie was praised by HIA judges as being an “architectural masterpiece”, “built to a very high standard” and “simply spectacular”. It will now become a finalist in the overall Victorian Housing and Kitchen and Bathroom Awards in the Custom Built Home $2-$3 million and Outdoor Project categories.

The expansive home is said to have abundant natural light. The judges said the “layout flows beautifully, and the use of granite, charred hardwood timber cladding and concrete render had the home scoring highly for visual appeal”.

“A HIA Home of the Year title is something every builder aims for. So winning the award twice in two years is something truly special.”