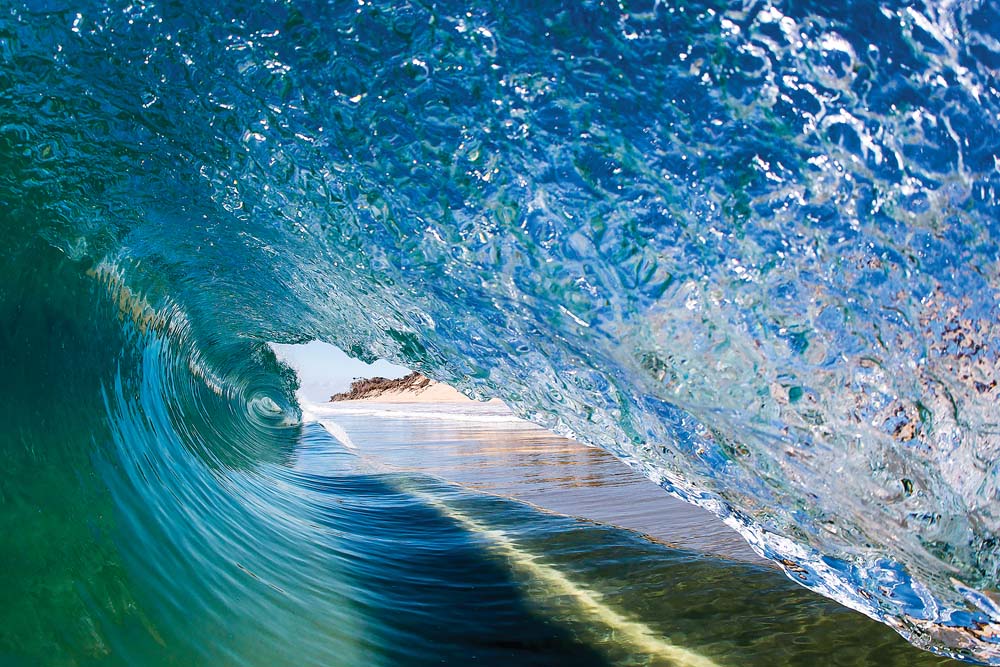 Time to reflect: Photographer Matt Burgess calls this picture “Peninsula Perfect” and, even though it’s breaking on the shore, it represents the “green room” that surfers strive to enter on a tubing wave.
Share
Facebook Twitter LinkedIn Pinterest Email

PHOTOGRAPHS at the entrance to the new Yawa Aquatic Centre, Rosebud will reflect its connection to the waters surrounding the Mornington Peninsula.

Hastings photographer Matt Burgess was chosen for the job after an expressions of interest process in November. His works will be at the Rosebud pool from March for 12 months.

Growing up on the mid-north coast of NSW, Burgess started surfing at a young age, joined the Australian Army at 17 and was deployed to Iraq, East Timor and the Solomon Islands.

He was living in Perth when he said he began to notice the “subtle intricacies of the ocean” and put the surfboard aside to capture them on camera.

Burgess, who has been living on the peninsula for five years, enjoys the laidback lifestyle and the “challenging, moody conditions that come with living on Bass Strait”.

He said he was “humbled” by the offer to produce photographs for the aquatic centre.

“I work at shooting photographs that make the viewer think and see things that happen in a millisecond that we all take for granted in the best playground on earth, the ocean.”

Mr Burgess’s work can be seen at mattburgessphoto.com or on Instagram (@matt_burgess_photo).