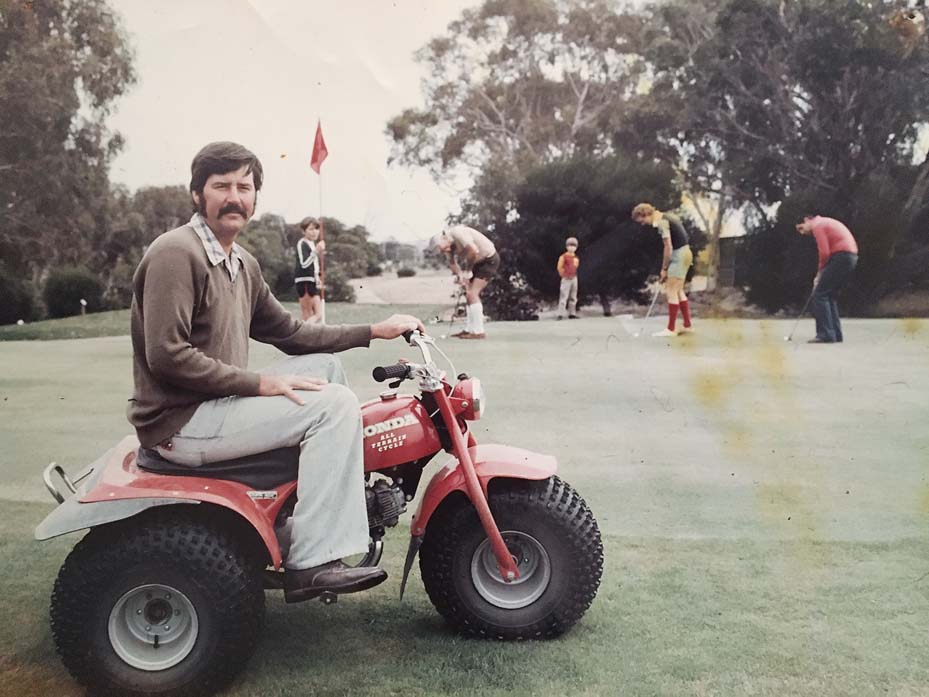 THE first superintendent of Mount Martha Golf Course, and a man who took the far-sighted step of initiating professional connections with China in the 1980s, has died.

Rob Boundy, married to Heather for 50 years, died in November after a long illness.

Appointed superintendent of the fledgling course in 1977, Mr Boundy moved the family with two daughters and a son from Balwyn to live in the “residence”: a timber house moved from Barkly Street.

In setting up the Mount Martha course he worked to a design by Colin McKenzie, who was responsible for the Cape Schanck and later Nepean golf courses, as well as long-time Mornington Shire engineer Emil Madsen.

Mr Boundy oversaw construction of the tees, greens and fairways but – as per the plans – dug only one bunker as it was considered more might slow down play too much on a public course.

As no irrigation system was included in the original design, Mr Boundy for many years would have to get up twice a night to move sprinklers while riding on his trusty three-wheel Honda, accompanied by his dog Jonah.

With an interest in machinery design, he built equipment to make the jobs of fertilising and spraying easier.

Heather Boundy recalls a signature moment when, at a golf course conference in Melbourne, Mr Boundy met a director of the Beijing Botanic Gardens.

“With his interest in emerging nations, and China in particular, Rob struck up a friendship which resulted in him being invited to speak at the first national turfgrass conference in China in Guangzhou,” she said.

Most of the lawn areas had been destroyed during the Cultural Revolution and any interest in growing grass for parks and streetscapes was just re-emerging.

With the support of then-Mornington mayor Cr David McMillan, and a grant from the Australia-China Council, Mr Boundy toured China with a focus on golf course design and turf management.

“He suggested building the first lawn bowling green in China, in Guangzhou, as a way of educating the Chinese in the growing of turf and the use of Australian-made equipment, seed and fertilisers,” Mrs Boundy said.

“About 18 months later he organised a tour by Victorian bowlers, including his mum, to play the inaugural international lawn bowls competition in Guanzhou between a Mornington Peninsula team and a team from Hong Kong. It was said to be a great learning experience for all involved.”

Mr Boundy regularly made on-air calls from China to the Terry Laidler evening show on Radio 3LO, becoming something of an ambassador for Australians working in China at the time.

After this a nine-hole golf course was built in the city of Hangzhou, and an early turf farm laid in the countryside in partnership with a Chinese company.

Turf wasn’t his only interest: Mr Boundy was instrumental in setting up the popular Mount Martha Carols by Candlelight on the lawns of Mount Martha Community House, with former Cr Stan Wadsworth, each December. It was overseen by Mount Martha Uniting Church, St Martins Anglican and Liquid Church.

He was also active on the committees of Mount Martha Community House, Community Aid Abroad and Mornington Technical School.

In his later years, Mr Boundy enjoyed running chauffeured tours of wineries in his Rolls Royce and providing a high-class alternative to taxi rides to Melbourne Airport.

Mr Boundy is survived by Heather and their children Rebecca, Kate and Matthew. Rebecca lives in London, Kate in Mornington and Matthew in Albury. They all grew up on the golf course and attended Mount Martha Primary School and Mornington Secondary College.