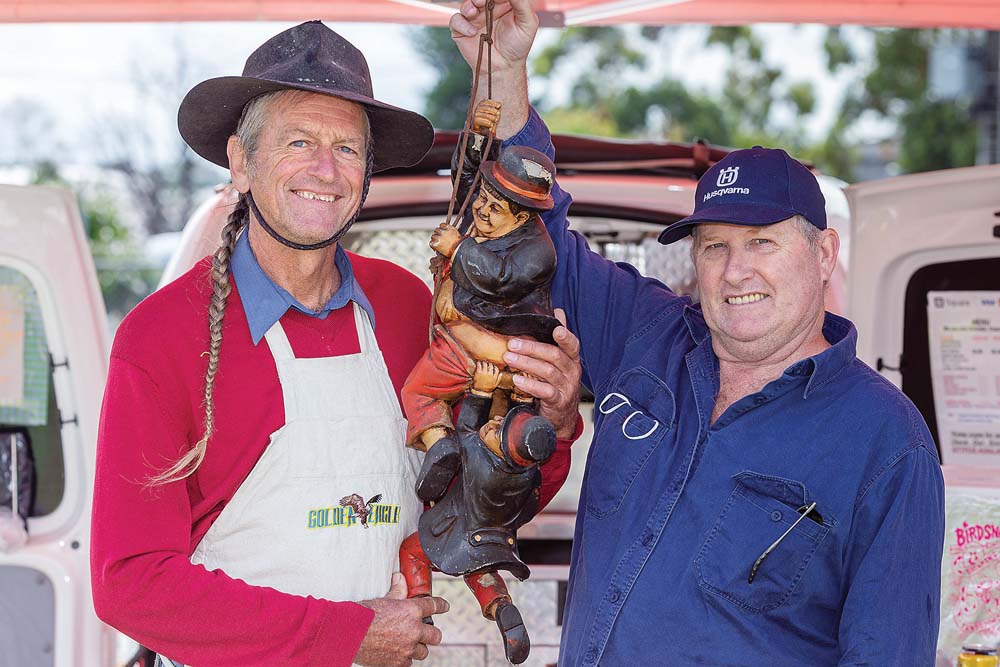 SOMETHING good often follows something bad, so it’s not surprising to hear that the theft of a much-loved manikin from outside a Hastings coffee outlet last week had its silver lining the next day.

Dave Arnott, proprietor of Golden Eagle Coffee on Marine Parade, was devastated when “Floyd” – a Charlie Chaplin replica – was kidnapped by two hoons who drove past and snatched him from outside his premises.

The 60 centimetre high porcelain or fibreglass manikin was sitting on a chair near the outlet’s A-frame street sign when the dastardly deed took place. “I watched a couple of likely lads get petrol opposite and then slowly drive past going towards Hastings,” Mr Arnott said.

“When they did a U-turn and pulled up beside Floyd I sensed something bad was about to happen. I dropped my guitar and ran towards them but, just as my hand was about to grab the door handle, they took off – with Floyd!” Mr Arnott reported the theft to Hastings police but, because the thieves had false plates on the probably-stolen car, their apprehension is made more difficult. They have yet to be caught.

David “Norm” Lowe, of neighbouring Norm’s Lawn Mowing, noticed the manikin was missing when he dropped in for a coffee next day. As luck would have it, he had a Laurel and Hardy replica sitting at home gathering dust.

“I immediately thought of my Laurel and Hardy manikin which I didn’t have any use for and told Dave he could have it,” Mr Lowe said.

“It’s a one-off and very rare, but I was more worried about having it laying around with the kids and getting broken.

“I took it down and Dave really appreciated it. I know he’ll look after it. He was stoked.”

Mr Arnott agreed. “I am absolutely thrilled,” he said. “Norm’s generosity has taken away the sting of the theft.”