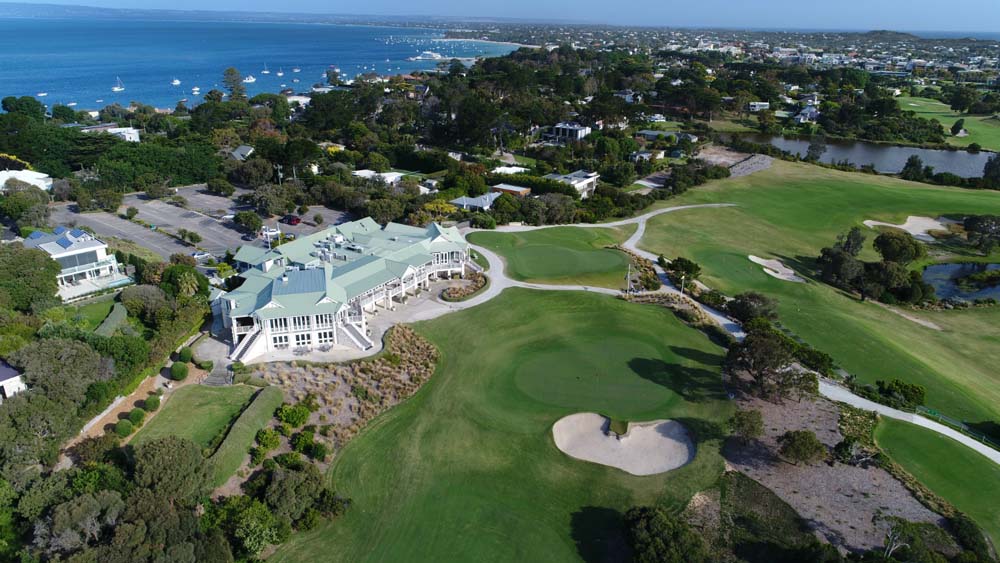 THE committees of two top Mornington Peninsula golf courses are considering a merger.

The proposal would allow members of the Sorrento and Portsea golf clubs to play at either of the two championship courses as members of the one club.

Representatives of the two clubs have signed a “confidentiality, exclusivity and process deed that sets out conditions to explore a merger of these two great clubs”.

Sorrento Golf Club captain David Paranthoiene, in a letter to members, described the opportunity as “too good to ignore” and as one which “may well result in a genuine win-win outcome for all concerned”.

He said a merger of “two of the oldest and most prestigious golf clubs on the Mornington Peninsula [would] offer a unique opportunity to create an unparalleled golfing experience at the far end of the southern peninsula”.

“[It would] offer members the opportunity and variety of golf at two outstanding championship courses through membership of one club.”

President of the Portsea club, Maree Smith, said synergies offered by a merger with Sorrento would “allow the vision we have for PGC to be accelerated in its implementation”.

“The board believes it has an obligation on behalf of members to explore the notion of creating a new aggregated golfing concept with SGC,” Ms Smith said.

“A merger provides outstanding opportunities to create a model that protects and enhances existing member rights while enabling accelerated investment in capital programs, some of which may otherwise be unachievable.”

“This is just an opportunity to explore a merger at this early stage,” Mr Burgess said.

“It is the first time we have actually got together, with COVID-19 being the prompter. Golf clubs face lots of challenges … and the opportunity to work together was too big to ignore.”

“We are oversubscribed at peak times and our ultimate goal would be to have members play at both courses,” he said. “This would present members an opportunity to play more golf.”

Mr Paranthoiene said while details of any merger had yet to be discussed, the “committees … believe that exploring the combination of these two great clubs could result in an outstanding golfing and social experience for members”.

Initial discussions had indicated that playing rights of members could be protected and that both courses could “continue to be developed in order to maximise the quality of golfing experience we have all come to expect and enjoy”.

He said any merger would “not be forced; we recognise the importance of each club maintaining their own identity, allowing members of both clubs to blend together over time”.

Discussions and due diligence will be held over the next few months before a formal proposal is put to members at their own general meetings.

The Sorrento club has 950 full members and a five-and-a-half year waiting list. It has a joining fee of almost $10,000 and yearly seven-day fees of $3790. Equivalent membership at Portsea is $2936.