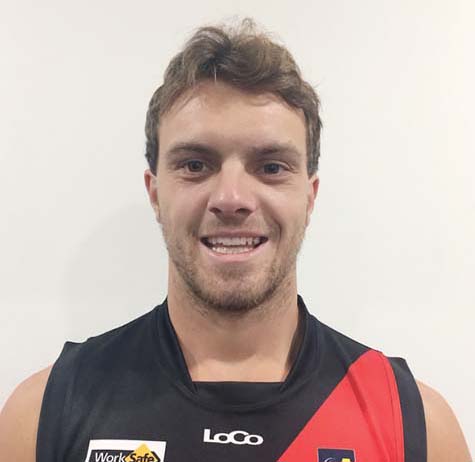 TRIBUTES flowed on social media for Frankston Bombers footballer Ben Tournier, pictured, who died after his car struck power poles and rolled in Mornington, 12.15am on Australia Day.

Police believe Tournier, 29, was heading south on Nepean Highway when he lost control near the corner of Weber Drive and flipped his car.

Frankston Bombers teammates gathered at the club at Baxter later that day to remember him.

Tournier played with the Bombers for more than a decade and was a regular member of the senior side before more recently playing in the reserves.

Nepean Highway was closed between Strachans and Bentons Roads, both north and south bound, while police investigated the incident.

A report will be prepared for the coroner.

Anyone who saw the crash, or who has dash-cam footage, is asked to call Crime Stoppers on 1800 333 000 or submit a confidential report at crimestoppersvic.com.au