Serving up some tennis fun 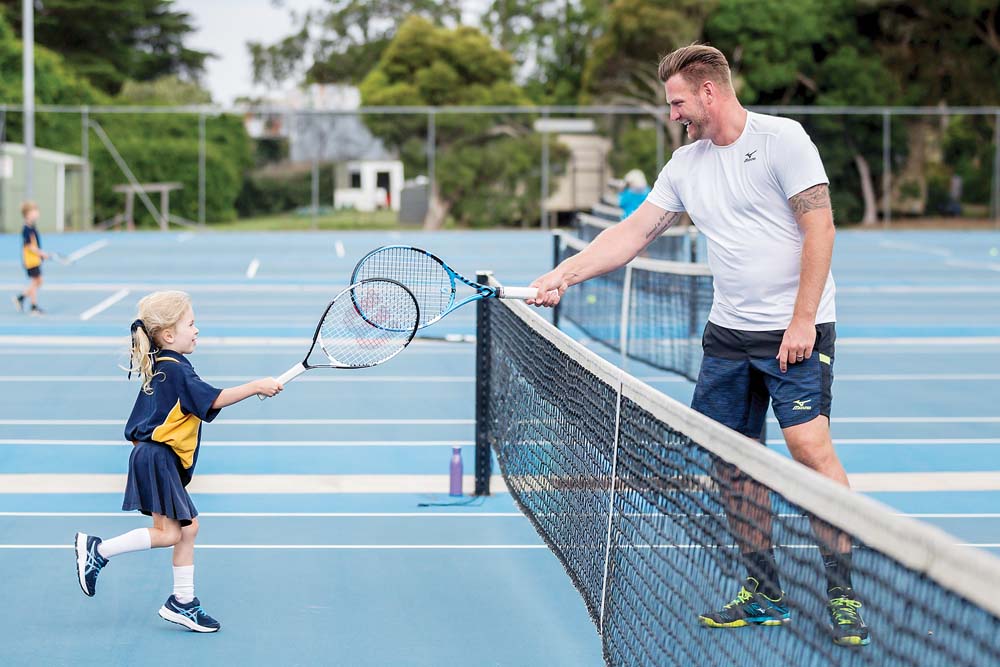 IT’S a fair bet that Red Hill Tennis Club players felt Sam Groth’s serve was a little too fast for them to return – after all the former Australian pro player has the fastest-recorded serve in the world.

At 263kph the former world-ranked No. 53 (singles) and (24) doubles can serve a little bit faster than the average club player.

Groth was at Red Hill last week as a member of the Australian Open Men’s and Women’s Grand Slam Trophy tour around regional Victoria. He currently works for the Nine Network, with regular appearances on ‘Wide World of Sports’ and as a host on ‘Postcards’.

Tennis Victoria’s Kelly Smith said club members and their family and friends had been invited to have a hit and meet Sam at the club in Arthurs Seat Road.