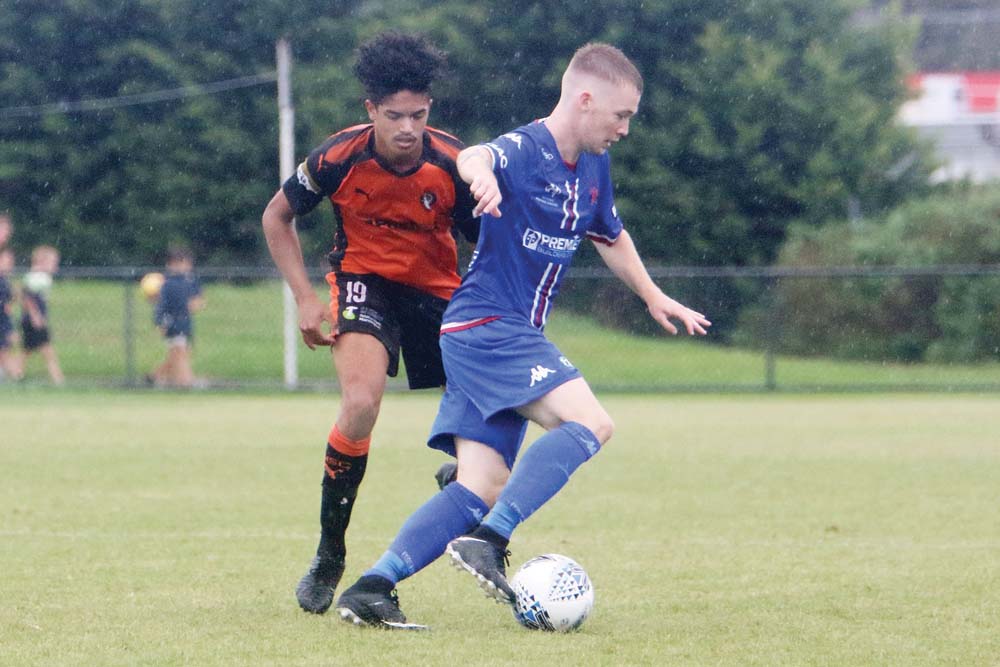 THE ninth staging of the Wallace Cup takes place this Saturday at Monterey Reserve.

The annual charity event commemorates the contribution to the local game by the late Steve Wallace, who died on 19 July 2011 at the age of 54.

Along with former Pines president Alan Hodkinson he played a pivotal role in forming the soccer liaison committee that has provided an important line of communication with Frankston council for clubs in that municipality.

Mornington has won the Wallace Cup five times while Langwarrin broke its duck last year with its inaugural success.

However Mornington has been hit by injury and is expected to be without star English imports Josh Heaton and Josh Hine, multiple NPL Golden Boot winner Milos Lujic and defender Andy McIntyre.

The day kicks off at 12 noon when Baxter takes on Somerville (Pitch 1) and Rosebud clashes with Mount Eliza (Pitch 2).

Work on a multimillion dollar revamp of Monterey Reserve is due to start shortly.

The project includes demolition of the existing social rooms and dressing rooms and a complete rebuild and Pines will take up residency at the multipurpose sporting facility at Wedge Road in Carrum Downs throughout the coming season.

CJ Hodgson (2), Tito Vodawaqa and Jordan Avraham scored for Pines while Strikers’ reply was an own goal from Scott Webster whose twin brother Simon played for Pines after leaving Doveton due to work commitments.

Avraham’s skill was pivotal in two of Pines’ goals.

He set up the opener for Hodgson in the first half with a ball over the top curled with the outside of his right foot and syncing with the striker’s diagonal run.

Hodgson’s first touch was excellent enabling him to then slot the ball past a stranded Robbie Acs from close range.

Avraham’s goal came from a second half free-kick bent into the top corner.

On Saturday Strikers drew 2-2 with Chelsea at Centenary Park.

All four goals came in the second half and Chelsea led twice with goals from Max Timuska-Carr and Adrian Lotca.

Jai Power scored Strikers’ opener thanks to a Shane Tagliaferro through ball while Danny Brooks was brought down late in the game inside the area and Tom Hawkins converted from the spot.

Chelsea are closing in on the signing of Dylan Scott from Mornington.

“He’s a great pick-up as he is a quality player. He is a cousin of our captain Connor Scott,” Chelsea gaffer Carlo Melino said.

Scott, 23, can play in midfield or central defence.

It was Pines’ third straight State 2 scalp in January, a run that started with a 4-3 victory over Berwick City.

Baxter was impressive against an opponent two divisions higher.

Daher was the pick of the bunch and his performance was highlighted by a stunning move that netted the equaliser after Mooroolbark had gone 3-1 up in the second period and looked to have a fitness edge on the home team.

Daher received the ball near the halfway line and immediately spun past his opponent then unleashed a precise through ball that enabled Lewis Gibson to charge through on the right before striking a firm low shot that went in off the far post.

Baxter’s other goals came from Luke Grant’s looping first half header and a Ben Meiklem follow up after Daher’s second-half penalty had been saved.

State 5 South outfit Aspendale led its State 5 North opponent Tullamarine 2-0 at half-time with goals from James Macnab and Kenan Nuhanovic but Tullamarine hit back early in the second half to level.

Matt Bruce came on late in the game and grabbed the winner.

The big clash on Sunday was the Lawton Park match-up between NPL 2 side Langwarrin and NPL 1 visitor Eastern Lions.

A second half goal from Lions’ striker Ardi Ahmeti settled the issue.

Dylan Waugh scored all of Seaford’s goals and his haul included a first-half hat-trick.

Mount Martha’s scorers were Ali Giordano (2) and Marcus Poda (2) and Mount Martha coach Chris Sanderson used a squad of 14 made up of six senior squad players, some triallists and some reserve squad players.

“We played four 25-minute quarters in what was a cracking game and a really good hitout for both sides,” Sanderson said.

Meanwhile the draw for the first and second qualifying rounds of the 2021 FFA Cup will be livestreamed on the Football Victoria facebook page at noon on Thursday 4 February.

The first qualifying round is scheduled to take place on the weekend of 13/14 February.

Entry for NPL and State League clubs is mandatory and clubs must complete the FFA Cup registration form by Wednesday 3 February.

The FFA Cup will retain its name while Football Australia (previously Football Federation Australia) consults with the football community throughout 2021 regarding the possible renaming of the competition.