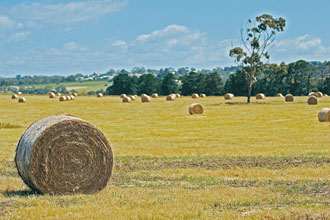 MORNINGTON Peninsula Shire is making a submission to the Melbourne Green Wedges and Agricultural Land Consultation (MGWAL) paper despite wanting the public exhibition time extended to at least the end of the month.

The shire is concerned it will not have enough time to “consult with the community” over the plan which had a deadline for public comment of 5 February. It will also arrange a poll to “ask if the public agrees with the council’s response”.

The state government’s Planning for Melbourne’s Green Wedges and Agricultural Land website says, “robust planning controls are needed to maintain the benefits provided by green wedges and manage land use to support long term agricultural use that serves the needs of Melbourne’s growing population”.

But it came under fire last week from Green Wedges Coalition coordinator Rosemary West, who said: “The green wedges are under threat like nothing we have seen since 50,000 hectares was rezoned for urban development in land grabs by planning ministers Justin Madden and Matthew Guy in 2010/12.

“The Planning Minister Richard Wynne promised at the 2018 election to improve the protection of green wedges, but his MGWAL review paper that is supposed to fulfil that promise, instead proposes to undermine and reduce protection for green wedges.”

Ms West said the review paper “proposes ‘transition’ areas that would blur the urban growth boundary with a grey border of suburban sprawl, rezoned to rural living zone or farming zone, where urban uses like concrete crushers, data centres, schools, places of worship, bars, motels, car washes and motor repairs would be encouraged and the green wedges would shrink”.

“This has not been well publicised and we have sent out a last call to let people know they can make submissions until the closing date,” she said.

This was to have been Friday 5 February, but later advice was that submissions received up to 10 days late would be accepted.

Ms West said several examples of “inappropriate developments” were awaiting decisions by Mr Wynne or by VCAT, including “[the Ryman] retirement village at Mount Eliza and the Alex Fraser concrete crusher application that has been approved by the minister for another 10 years, in the Kingston green wedge.”

She said the Planning for Melbourne’s Green Wedges and Agricultural Land review paper encouraged waste and resource recovery activities, such as the concrete crusher.

The shire’s strategic projects manager Allan Cowley in a report to the 27 January planning services committee meeting said the study area for the consultation paper extended beyond the green wedge areas to “also include peri-urban areas within 100 kilometres of Melbourne”.

He said the consultation paper provided a “good overview of many issues facing green wedge areas and provided an opportunity to advocate for a significant number of the policy positions identified in the council’s green wedge management plan”.

“It also responds positively to council’s earlier submissions in relation to strategic agricultural land by recognising that all rural land in the green wedge interface and peri-urban areas of metro Melbourne should be considered to be of strategic importance as part of Melbourne’s food bowl.”

Mr Cowley said a “key message” in any council response should be to ensure that a plan for each green wedge area be “given status as the key planning policy for that particular area – ensuring that all of the issues/values in that area are considered in an integrated/holistic way and avoiding a ‘one size fits all’ approach to planning for the diverse green wedge areas”.

He said delays in the public exhibition process and the release of the paper following the council election in November and then the Christmas/New Year period limited preparation of a suitable response.

This “severely restricted the ability of council to consult with the community and stakeholder groups and for groups and individuals to have access to council’s views on … the consultation paper which may inform their own submissions.

“Given the increasing emphasis on community consultation and engagement expressed, for example, in the Local Government Act 2020, this restriction appears contrary to both state government policy directions and council’s own … mission and values.”

Mr Cowley said: “While some of the options outlined in the consultation paper, particularly in relation to ‘transitional areas’, raise concerns and there are other issues that also need to be addressed, it is considered that [it] provides a strong basis for constructive engagement with the Department of Environment Land Water and Planning, the community and other agencies going forward.

“The proposed submissions on behalf of council should support this process and ensure that key issues of importance to the planning and management of the Mornington Peninsula green wedge are given appropriate consideration.”

The paper was placed on public exhibition on 26 November and DELWP says it has conducted three online information sessions.