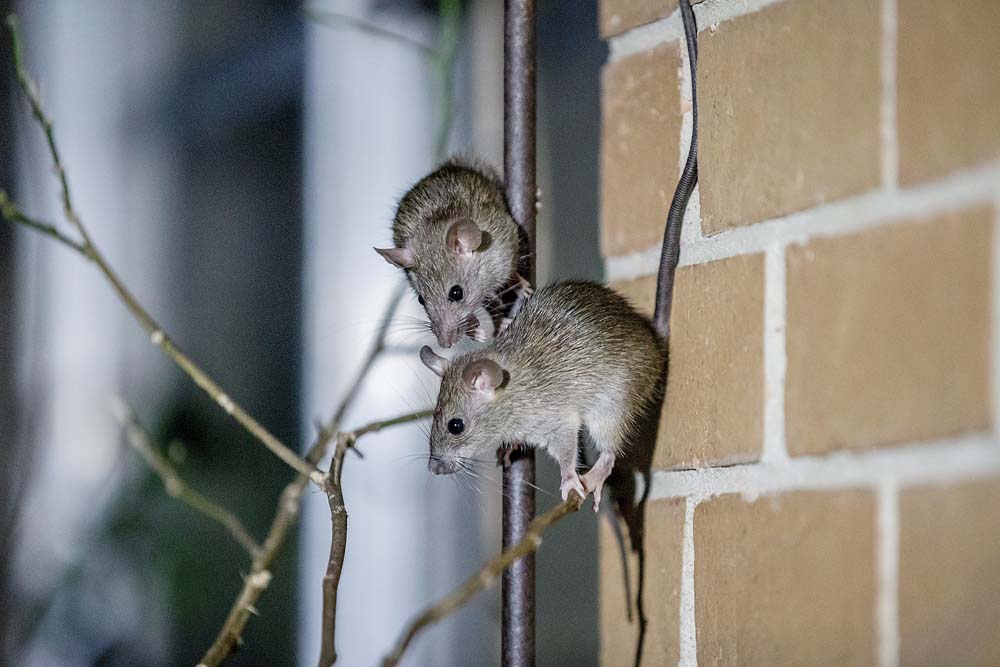 MORNINGTON Peninsula Shire has ordered the owner of this Hastings property to clean it up. Rats scurrying inside and outside the house were filmed by a television current affairs crew. Pictures: Yanni

A HASTINGS house is so rat-infested that the rodents can be seen running along inside window ledges and climbing plants in the overgrown garden.

Neighbours say the property is a health risk.

Mornington Peninsula Shire has warned it will clean the property tomorrow (Wednesday 17 February) if it has not been done by the owner.

Old clothing and newspaper are among the piles of rubbish outside the owner-occupied house.

The house, surrounded by trees and bushes, backs onto a regularly mown council reserve.

Lee-Anne McGuinness, who has lived next door for four years, said she and other neighbours had “had enough” of the problem.

“I’ve called the [Mornington Peninsula Shire council and the health department with no success and the CFA to say the property is a fire risk,” she said.

“No one wants to do anything, but we have got to clean it up.”

Ms McGuinness said her dogs and a neighbour’s cats “have got fleas from that property”.

“My fear is that if the rats run out of food they will turn on him.”

The shire last week confirmed that acting on “residents’ complaints” it had issued a notice requiring the owner to remove the rats – and the rubbish. Follow up inspections over the next week would ensure the work was being done.

Environment protection manager John Rankine said outreach services had also been in contact with the owner to offer support through the process.

“Given the public health risk posed by the property we will arrange for the work to be done if it’s not completed within seven days,” Mr Rankine said.

“Where owners are reluctant to take action, the shire has sufficient legal authority to ensure action is taken.”