Rosebud in hunt for new coach 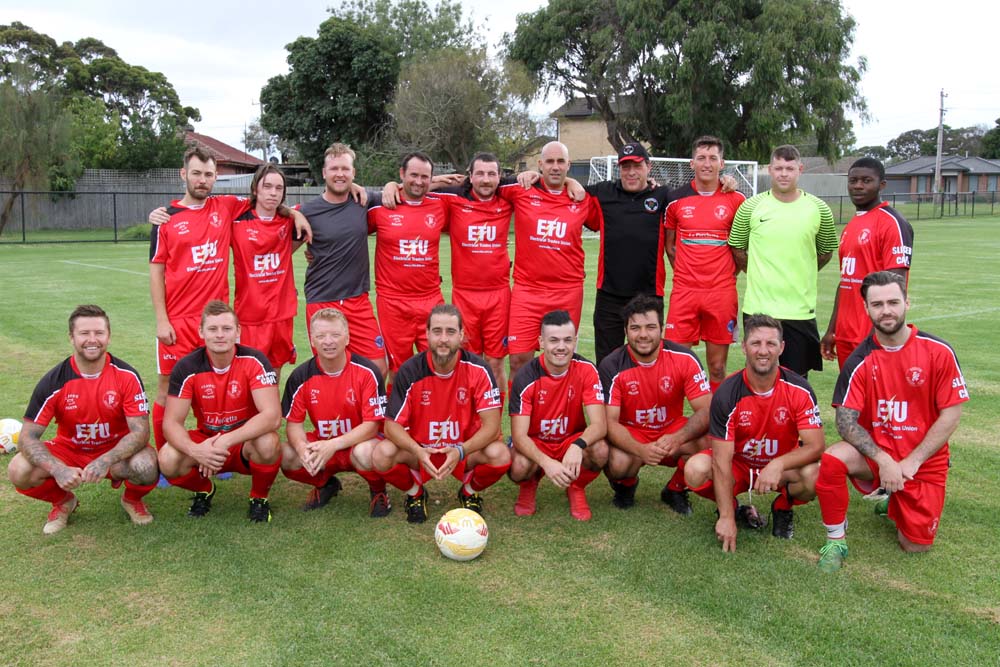 Club president John Grbac confirmed on social media on Friday that McShane had been “stood down”.

“I won’t crucify the guy because he’s a good mate of mine,” Grbac said.

“We’ve come to an agreement and he understands that.

“It was a trial thing really and Tommy was new to it anyway.

“He thinks it’s better for the club too because if he’s not getting the respect from the players then it’s time to move on.

“Tommy’s a great guy and a top clubman and he said he’s more than happy to keep supporting the club.”

Morrison has officially rejected the approach.

“I was asked if I was interested in the job but due to work commitments I had to thank them and say no,” Kilner said.

It was a significant day for Mount Martha playing their first official competitive match at Civic Reserve.

Chris Sanderson’s side was 3-0 down at the break but fought back to 3-2 with a second-half double to Ethan Sanderson only to pay for pushing forward for the equaliser in the last few minutes of play.

Aspendale went into its tie with key players missing through injury – captain Peter Dimopoulos, first choice keeper Matt Self and right back Ryan Maokhamphiou – and proved no match for the visitors.

Chris Parry scored in Rosebud’s loss to the Geelong visitors at Olympic Park.

Club boss Grbac confirmed the following day that Rosebud would play its home matches at Olympic Park on Saturday nights provided there is no clash with its baseball co-tenant.

The draw for the first main round of the Cup took place yesterday (Monday) and included local State 4 sides Baxter, Seaford United, Chelsea and Somerville Eagles.

The former Mornington player is hoping to be back in action during the second half of the season.

Here are all the local friendly results:

Ryan Brown put the visitors ahead in the fifth minute when he easily got goalside of his opponent on the left and finished off a fine move with a close range shot.

Pines’ equaliser came in the 50th minute after Tito Vodawaqa robbed a defender inside the area then squared for the unmarked Joe O’Connor who sidefooted home.

Jordan Avraham failed to convert from the spot late in the contest.

Former Langwarrin keeper Colby Jones was in fine form for Beaumaris and kept Pines at bay in the first half.

Tommy Youngs, Marcus Holmes, Isaiah Joseph, Wayne Wallace and John Maclean missed Langwarrin’s match and although their injuries are short-term it’s not known whether they will square up to Mornington in Saturday’s friendly at Lawton Park.

Don’t read too much into the Hicks’ hat-trick for Rosebud on Friday night.

He remains committed to Seaford United but a wedding the following day ruled out playing for his club in its friendly with East Bentleigh who had former Seaford and Pines player Daniel Mota in its line-up.

“I went down to watch the guys play on Friday night and they were struggling with a couple of injuries and asked if I could fill in,” Hicks said.

“I saw it as a good way to get another 90 minutes of football and fitness while also helping out my mates at Rosebud.”

In Football Victoria news the state body announced last week that Kimon Taliadoros will step down as president to become the organisation’s new CEO.

“While football is the leading global sport, Victoria boasts the world’s most competitive sports market, with four out of five of Australia’s leading codes headquartered in Melbourne,” Taliadoros said.

“Despite FV being on track for record growth across key revenue, participation and strategic KPIs at the start of 2020, COVID-19 has devastated the entire Victorian football economy.

“Together with our clubs our task now is to stabilise the industry and lay plans to resume our growth platform.”

Taliadoros is a former NSL player, PFA co-founder, media analyst, coach and referee and has been acting as interim CEO on a caretaker basis for the past six months.

Acting FV president Antonella Care will continue in that role pending the outcome of elections to be held at FV’s AGM in May.