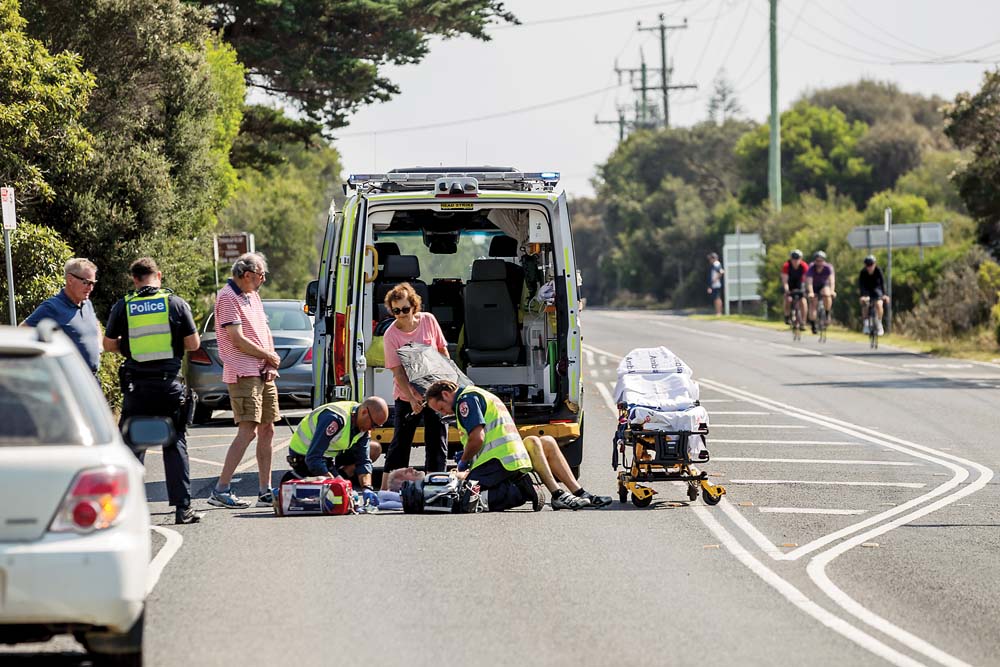 THE RACV is compiling a list of the Mornington Peninsula’s most dangerous roads so it can lobby governments at all levels to make roads safer and look at lowering speed limits to match conditions.

The motoring organisation’s online My Country Road survey aims to find out which roads motorists and residents regard as being the most dangerous.

A map on the RACV website shows the peninsula peppered with sites of serious and fatal accidents recorded between 2014 and 2018.

The red (fatalities) and yellow (serious injury) dots on the peninsula are among the most thickly clustered of any comparable-sized part of the Victoria. The map shows five sections of “identified road lengths”, or particular sections of peninsula roads, causing the most concern.

The survey comes at a time when Mornington Peninsula Shire is running a two-year trial of reduced speed limits on about 110 kilometres of “high risk rural roads” that accounted for seven of 12 deaths in 2019.

The shire’s move follows years of the peninsula being among the worst municipalities for road accidents.

In the past 10 years there have been 75 deaths and more than 1300 people seriously injured on the peninsula’s roads.

In 2019 and 2020, the peninsula had the second highest number of deaths of Victoria’s 79 municipalities, with 12 and nine, respectively.

New speed limits have been introduced on some state-managed roads like Frankston-Flinders, Mornington-Flinders and Boneo roads, where people had also been killed over the past 18 months.

In 2016, the shire nominated itself as a Towards Zero municipality, which meant working with the Transport Accident Commission, VicRoads and police to develop programs aimed at reducing road-related serious injuries and fatalities.

However, the carnage has continued with 12 dead in 2019 and nine in 2018 and, by last Friday, a further two fatalities had been recorded this year.

The shire has also committed $1 million towards making roads safer in residential areas.

He said the peninsula was “at the higher end of municipalities for deaths and serious injury year after year”.

Tests by shire officers had shown motorists could save little time by speeding between towns on the peninsula.

Cr Gill said the RACV’s online map showed the peninsula “has the highest density of accidents in Victoria, perhaps partly due to our average of over 7.5 million visitors a year”.

“Peninsula roads were not built for modern day speed and the amount of traffic,” he said.

“Lower speeds and improved road conditions will help prevent the high proportion of deaths on our roads.”

Cr Gill said drivers on the peninsula could “help protect our loved ones” by completing the RACV’s survey and “nominating our most dangerous roads and also advocate for 80kph speed limits on our many 100kph rural roads”.

He said lowering speed limits on shire-controlled unmade roads were being considered “however, from a road trauma perspective, it is not at the top [of the list]”.

“We are looking to implement a wider solution, rather than focusing on single roads, and leaving all of the others with the same risk profile at 100 kilometres an hour.”

The RACV survey follows statistics that show fatalities on regional roads over the past five years have been disproportionately higher than in metropolitan areas.

“Over the past five years more than half the deaths on Victoria’s roads have occurred on regional roads, but only about a quarter of Victorians live in rural areas,” said RACV senior manager transport, planning and infrastructure, Peter Kartsidimas.

Research had shown that it was not only the obviously risky roads, but such also as those that are narrow or winding, that pose a danger to motorists.

“What the statistics don’t tell us is local knowledge and the survey gives locals a voice that we can use to take to every level of government,” Mr Kartsidimas said.

“We want to find out what local residents think. For example, is the speed limit is too high given the condition of the road? What are the potential dangers in the road design like narrow lanes, power poles or trees too close to the road, and poor line marking, or unexpected things like livestock or native animals on the road?”

“Once the [survey] data is collated, the next step is for RACV to advocate [to all levels of government] on the behalf of motorists to ensure Victoria’s regional roads are safe for everyone.”