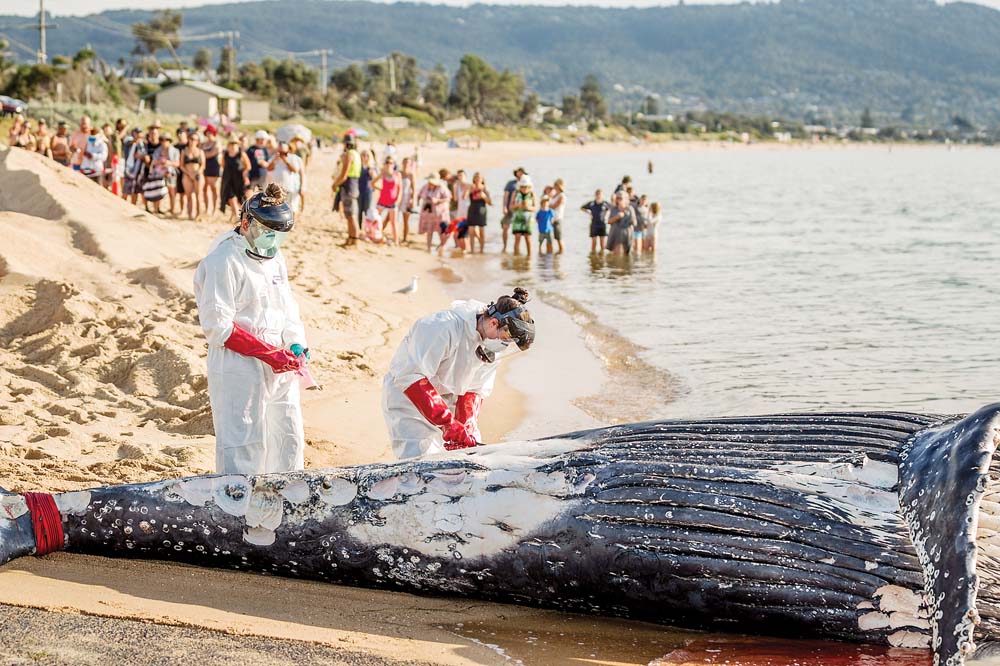 A SEVEN metre long humpback whale found dead on a Mount Martha beach last Thursday (11 March) is unlikely to have died of natural causes. However, the cause of its death may never be known as  authorities were unable to arrange a necropsy, or post mortem examination.

To avoid contamination of popular beaches the whale’s carcass was towed to Safety Beach from where it was taken to a tip.

“Samples, measurements and photographs taken from the whale before it was removed from the beach will help assess possible causal factors and support scientific research,” Department of Environment, Land, Water and Planning natural environment program officer Mandy Watson said.

“Allowing the carcass to break down naturally is the simplest and most environmentally friendly approach. However, due to Port Phillip’s beaches being heavily used, the decomposing whale would create significant human health and safety risks.

“Towing the carcass out to sea is not an acceptable option as it can become a navigation hazard and is likely to wash up elsewhere.

“Being a young animal, the whale is unlikely to have died of natural causes.”

Earlier in the week a sperm whale was washed up on a beach at Phillip Island, adding to the mysteries being investigated by the no Dolphin Research Institute.