Hydrogen set to go from Hastings 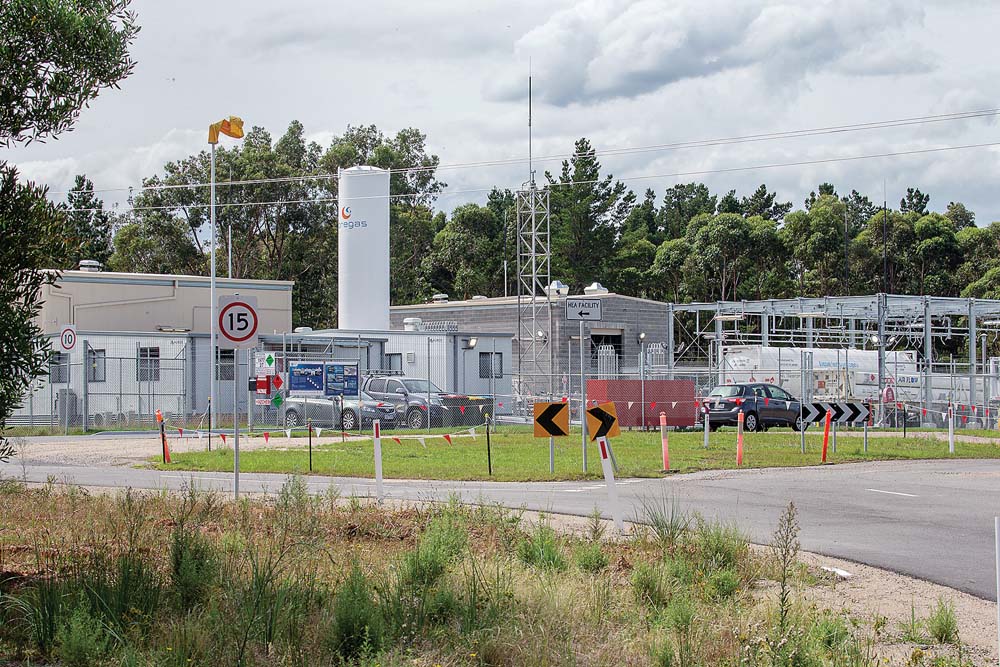 HYDROGEN made from brown coal in the Latrobe Valley is now being liquified at Hastings before being shipped to Japan.

The production is an essential part of the hydrogen energy supply chain (HESC) and is described as “a great leap forward for [Australia’s] ambition to be a key player in the emerging global hydrogen economy”.

The brown coal-to-hydrogen project’s commercial partners, led by Kawasaki Heavy Industries, are being backed by the federal and state governments, who each provided $50 million towards the $500m pilot, as well as the Japanese government.

While carbon emissions are being released into the atmosphere during the pilot phase, the project’s partners say if “commercialised” the CO2  will be transported and stored using carbon capture and storage (CCS) technology.

The pilot project aims to demonstrate an “end-to-end supply chain” between Australia and Japan.

“Rather than entering the atmosphere, CO2 emissions will be safely stored in rocks 1.5 kilometres beneath Bass Strait, similar to the way oil and gas has been trapped naturally for millions of years,” the consortium stated on 12 March when announcing the start of operations at Hastings.

Environmental groups say CCS technology is yet to be proved viable in the long term and that Australia is being left to deal with the emissions while Japan gets “clean fuel”.

The consortium estimates a commercial-scale HESC project could produce 225,000 tonnes of clean hydrogen annually with carbon capture and storage.

“We estimate our project could reduce CO2 emissions by 1.8 million tonnes per year, equivalent to the emissions of some 350,000 petrol cars,” Jeremy Stone of J-POWER Latrobe Valley said.

The state government says the project has the potential to provide “clean hydrogen” for domestic use as well as encourage “a new, global export industry with huge local economic benefits”.

“The next major HESC Pilot development will be the first shipment of hydrogen between Australia and Japan, aboard the world’s first purpose-built liquefied hydrogen carrier, the Suiso Frontier,” Hirofumi Kawazoe, of Hydrogen Engineering Australia (a Melbourne-based Kawasaki’s subsidiary), said.

“The eyes of the world will be on Victoria, when shipments of liquefied hydrogen commence this year.”

Meanwhile, Queensland and South Australia are backing the production of hydrogen, but from water using solar or wind power (“Green hydrogen nearly affordable” The News 4/5/20).

Environment Victoria’s campaigns manager Dr Nicholas Aberle sees the Latrobe Valley pilot project as “problematic as it could be the thin end of the wedge”.

Dr Aberle had “no doubt” that hydrogen would be part of the energy supply chain in the future, “but this is not green hydrogen, the race is really over before it’s started”.

“Coal to hydrogen remains a short-term and polluting source of energy. The future will no doubt involve growing use of hydrogen as a fuel, but it needs to be clean hydrogen.

“Producing hydrogen from renewable energy will soon be cost-competitive and will always be cleaner and less risky than using coal.”