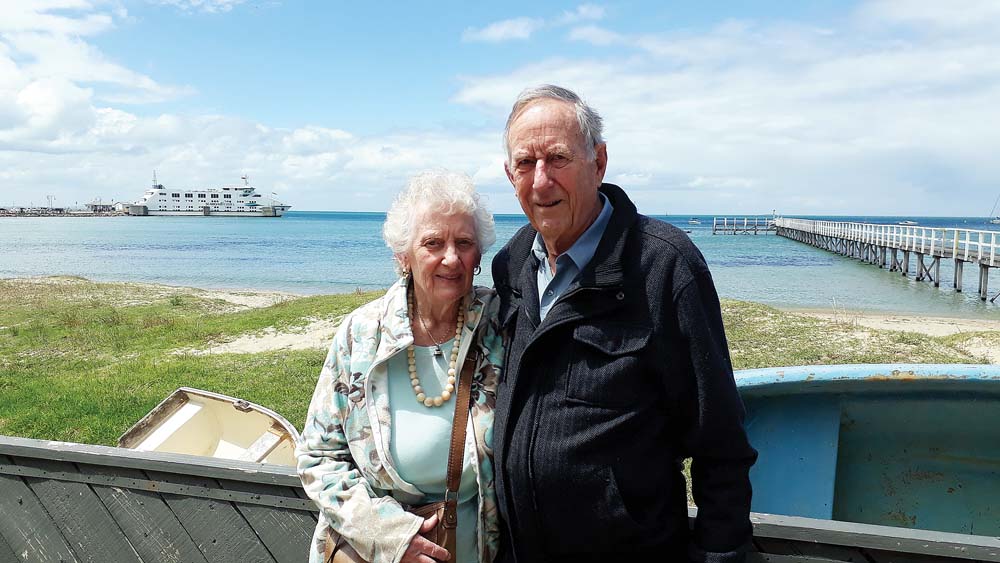 MICHAEL and Noelle Woolf, who celebrated their 60th wedding anniversary on 8 April, met and were married at St Mark’s Anglican Church, East Brighton.

The couple met at the church and regularly played tennis there but, before their relationship became official, Noelle left for an 11-month working holiday based in Toronto.

She made the trip to and from Canada aboard the Orsova and was waved off and greeted by Michael, although she says that initially there was no romantic interest.

They say their strong faith has sustained them throughout the years and they have always done things together.

The Woolfs were members of the former Sorrento Sailing Club where the commodore, Ted Reiks, called out over the loudspeaker one time “Michael, are you bringing the boat in or taking it out?”   On another occasion, Michael was asked to bless the fleet on opening day.

Before retiring, Michael was the principal power plant engineer at TAA-Australian Airlines-Qantas.

He briefly attended Rye Primary School and his widowed mother bought land at Sorrento in the 1940s.

Michael and Noelle often holidayed at the Sorrento beach house and moved there to live 20 years ago.

Noelle is a long time member of the Rosebud TOWN Club and has regularly attended meetings except for nine months during the 2020 COVID-19 restrictions.

Among their fond memories is a three-week camping trip in 1971 with their two young children (Deborah and David), and two mothers in an EH Holden station wagon around Australia.

From Melbourne they travelled the then unsealed road over the Nullarbor to Perth, up to Broome, Darwin. They also visited the Commonwealth War Graves Cemetery in Adelaide River where Michael’s father (an Army chaplain who served and died during WWII) is buried. From there it was down to Alice Springs to load the car on to the old Ghan train to Port Augusta. They finally arrived safely at home, four flats and two blowouts later.