Tennis doubles up at Mornington 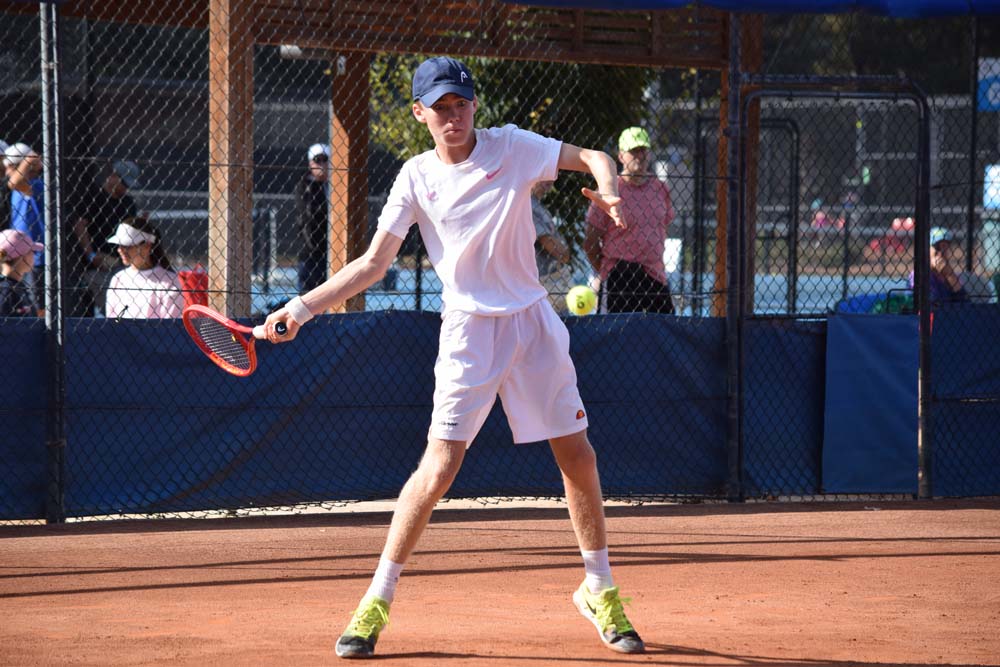 Hand, eye: Hayden Jones, of Queensland, has been given a wildcard into the main draw for the first week of the tournament. He made the final of the under-14 Australian Clay Court Championships last week. Picture: Tennis Australia/Anastasia Kachalkova
Share
Facebook Twitter LinkedIn Pinterest Email

TWO Junior International Federation Tennis Tournaments are being held at Mornington Tennis Club this week and next.

They are the Victorian Junior Clay Court International and the Gallipoli Youth Cup. The clay court qualifying matches were held last weekend (17 and 18 April) with the main draw being played all this week until Friday (23 April).

The Gallipoli Youth Cup qualifying matches are on Saturday 24-Sunday 25 April with the main draw from Monday 26-Friday 30 April.

Players from Australia, New Zealand, India, Japan and Korea are competing in singles and doubles matches. The boy’s field is led by Corban Crowther, ranked 79 in the world, of New Zealand, and the girl’s field by Charlotte Kempenaers-Pocz, ranked 111 of Australia.

“We are excited that Tennis Australia and the International Federation have provided us and the club with the opportunity to host these two major junior tournaments at Mornington,” Elite Tennis Academy director Kate Antosik said.

“With many tournaments cancelled over the past 12 months due to COVID-19 we are excited to see a high standard of players back on the court competing.”

Players will be competing for world ranking junior points and hoping to better their rankings to get into the Junior Roland Garros tournament and Junior Wimbledon.

Ms Antosik said the club, at 350 Dunns Road, was “the only venue in Australia hosting two tournaments of this level and it will bring about 300 people to the town”.

“It would be great to have members of the community come and see it.

“The field is very strong this time around and too high a level for Mornington locals to get into.”

Play is from 9am daily and is free for spectators.

Survival flights not affected by pandemic

A master at making the right moves