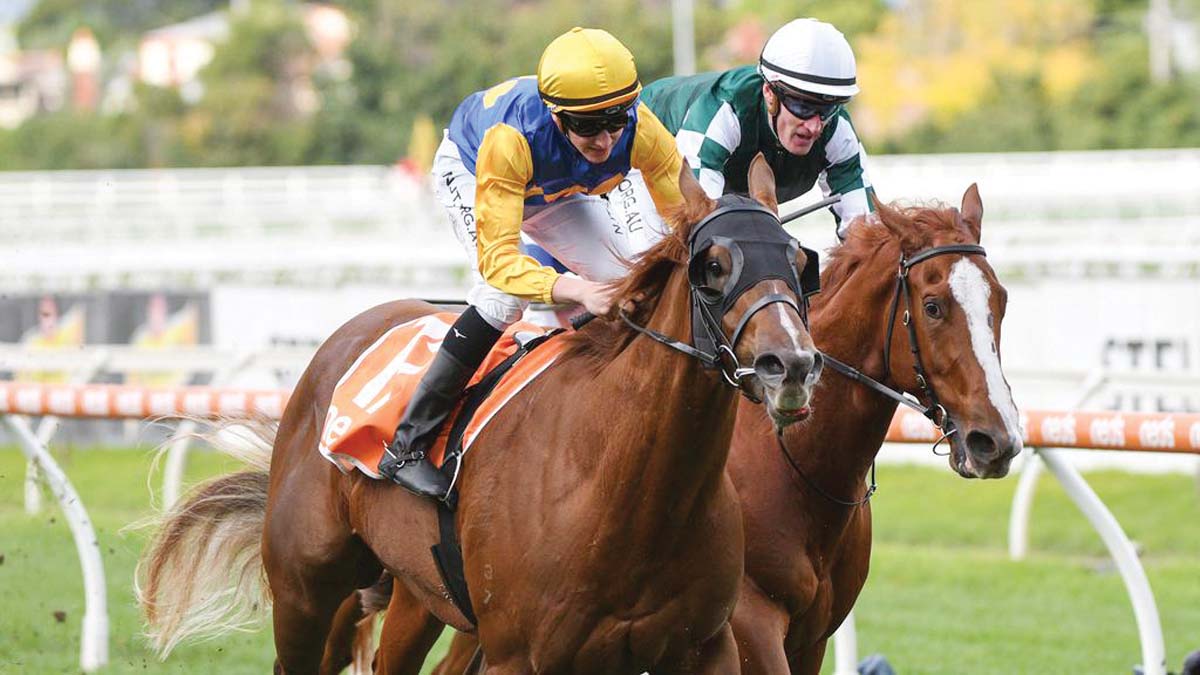 The ever-improving Tolson and Proctor-trained Curran topped off a fruitful five-start campaign with a gutsy victory in the $135,000 Di Beretta Handicap (1200m). Given a patient ride by Cartwright, Curran eventually wore down the tearaway leader Yulong Command in the dying stages of the race to win by a long-neck.

Despite having ridden 13 metropolitan winners, Cartwright said Saturday’s victory for his family was the most special win of his career to date.

“It’s definitely the best win I’ve had. The thrill and just to do it for the family, I can’t believe it,” Cartwright said post-race.  “He let down very well, I didn’t know if I’d catch the leader but he dug deep and it was a super win.”

Formerly trained by Ciaron Maher and David Eustace, Curran was purchased by the Mornington-based family last year after having issues with his throat – a venture that has now proved successful.

“I used to ride him as a two-year-old at Ciaron Maher’s and I knew he had quite a lot of ability,” Cartwright said. “He just didn’t have the best wind so when we got him for a very light price it was great and it’s just so good to see him come out and perform so well.”

The Night of Thunder-sired three-year-old has come a long way since his debut run for the stable in February where he finished fifth in a Stony Creek maiden. Since then Curran hasn’t finished outside of the top two placings and has earnt his connections just over $133,000 in prizemoney.